GRAVES, Stephen S.; of Clarkston; passed away Thursday, May 17, 2018; age 72; loving husband of Barbara for 45 years; amazing father of Christopher & Jason (Marcee) Graves; proud grandfather to Asher, Rylee and Laycee. Steve was born November 29, 1945 in Boulder, CO and grew up in Estes Park, CO. He later attended the […]

SYNOPSIS TAKEN BY THE TOWNSHIP BOARD THE CHARTER TOWNSHIP OF INDEPENDENCE May 15, 2018 A Regular Meeting of the Charter Township of Independence Board was called to order at 6:00 p.m. Independence Township Hall The Pledge of Allegiance was given. ROLL CALL: Present: Kittle, Pallotta, Brown, Aliaga, Loughrin, Ritchie, Schroeder Absent: None Also Present: Brian […] 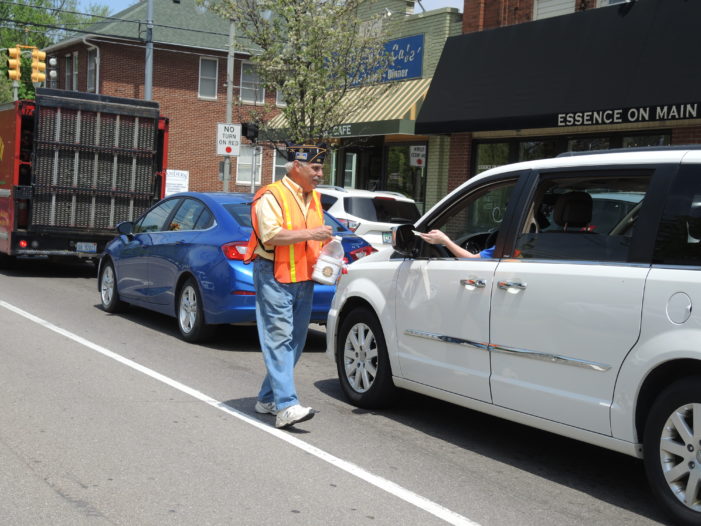 Don Davis, American Legion Post 63 past commander, accepts a donation on Main Street in downtown Clarkston during the post’s annual Poppy Sale fund raiser for veterans in need. The red poppy has been a national symbol of sacrifice since World War I, and honors those who served and died for our country in all […]

PHIL IN THE BLANK: Eighties enough

The film “Karate Kid” hit theaters on my 15th birthday, June 22, 1984. I was about the same age Daniel LaRusso and Johnny Lawrence were supposed to be, though actor Ralph Macchio in particular was quite a bit older. Like Daniel and Johnny, I was a student of the martial arts, at a karate studio […]

Thanks for support Dear Editor, Thank you to Jalapeno’s Restaurant of Clarkston, Jorge and Laura, for hosting a restaurant fundraising night on May 16. This fabulous fundraiser was held to support our three Clarkston Schools Destination Imagination (DI) teams going to the DI Global Finals in Tennessee later this month. Jalapeno’s graciously donated more than […]

By Payton McCracken The obesity rate has grown tremendously in the past decade, and the number of children, teens, and young adults, also known as Generation Z, don’t know how to fully care for themselves, or do common household chores like cook healthy meals, clean, pay bills, and manage money. By adding home economics courses back […]