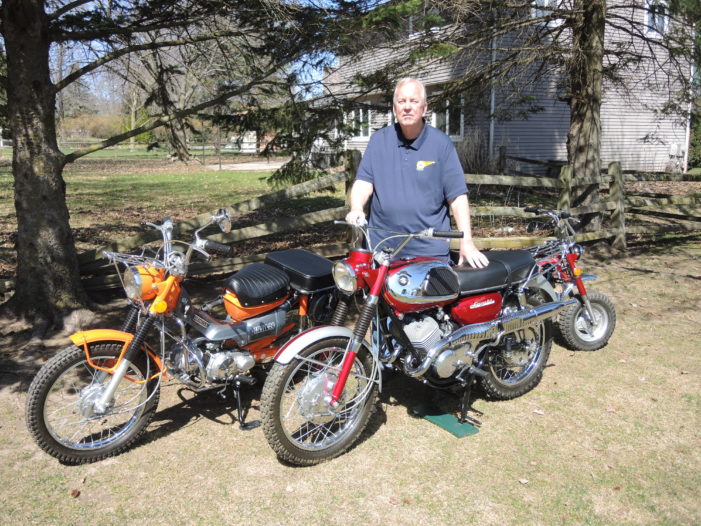 Roger Smith of Independence Township with some of his favorite motorcycles, including a Suzuki X6 Hustler, Honda Trail 70, and Honda Trail 90. Photo by Phil Custodio BY PHIL CUSTODIO Clarkston News Editor Roger Smith’s lifelong love of motorcycles landed him a national gig as vice president of the Vintage Motor Bike Club. “I like […]

Spring is finally here and graduation season has arrived. For graduates everywhere this is an exciting season of celebration. It is a time to experience the satisfaction of accomplishment and to look ahead at the exciting possibilities ahead. Yet this can also be a time of worry and concern about how things will work out […]

By Chloe Trotter Clarkston is special to me because… Have you ever wondered how much you can do in Clarkston? Well I have! There is a LOT of fun stuff to do, but here are three. First, there are a lot of sports to play and watch in Clarkston; second, there are excellent restaurants in […]

Former Independence Township resident, Mr. Robert Lewis Percival, passed away Wednesday May 2, 2018. He was 55 years old. From his birth in Pontiac on July 16, 1962, to his death, he nourished all individuals around him with love, laughter, and joy. He was born to Janett Percival and the late Robert Percival. He was […]

Robert G. Johnson (known as Bob to those who loved him) died peacefully at his home in Bend, Oregon of Lewy Body Dementia.  He passed under the care of his family, with the support of Partners in Care, on the evening of Tuesday, May 1, 2018. He was 85 years old. Bob was born July […]

This year’s Pops Concert by Clarkston High School choirs will feature uplifting songs to raise support and awareness of mental illness and suicide prevention. Solos, duets, and other groups have picked songs that are supportive and uplifting. In addition, the Concert Choir and The Madrigals will sing group numbers destigmatizing mental illness and raising support […]