If you have driven by our Clarkston Campus on Bluegrass Drive recently you have probably noticed that our church is under construction. We are delighted to be expanding our family ministry space for children and youth ministry, and our fellowship space to accommodate even more community, fitness, and recovery gatherings and events. This is certainly […]

STONE, Elizabeth A. “Betty” of Waterford; October 11, 2017; age 78.  Loving wife of Shellie for 53 years; mother of Walter J.  (Stacy) Stone and Dr. David (Mary Lynn) Stone; grandmother of Olivia and Kate; sister of Mary Frances Minnock; aunt of Michael and Lara.  Betty was a longtime teacher at Our Lady of the […]

Incumbents Eric Haven, Jason Kneisc, and David Marsh and challenger Scott Reynolds are running for three open seats on Clarkston City Council in the Nov. 7 election. Eric Haven, 69, is employed as Director of Gift and Estate Planning for the Woodside Vision Foundation and has lived in Clarkston 44 years, since 1973. Why are […]

Advanced Disposal takes over for Smith’s

BY PHIL CUSTODIO Clarkston News Editor Advanced Disposal is joining the Clarkston community, taking over Smith’s Disposal and Recycling this past week. “Our people have been putting in long hours during the initial transition,” said Gregg Asciutto, site manager. “We’re pleased to be here, pleased to work with a quality company and quality group of […] 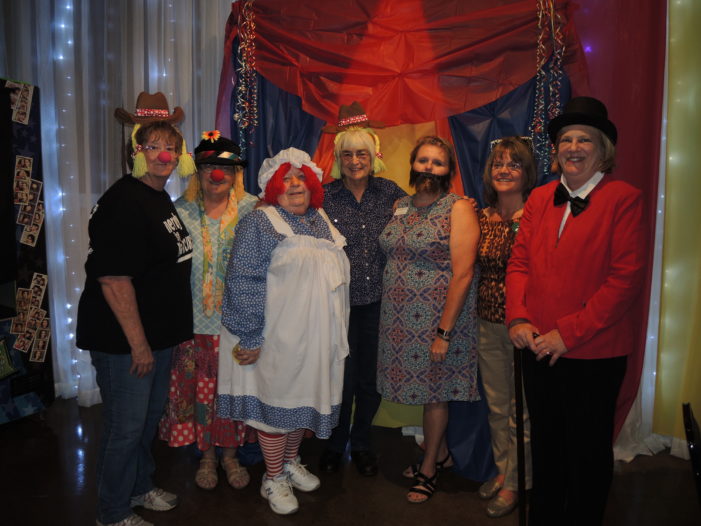 Barbara Rolling, Independence Township Senior Division supervisor, at right, was ringleader for an evening of fun at Bucks for Buses, Sept. 27 at Overtyme Grill. The circus themed event raised money for the township Senior Transportation Program, which provided more than 7,169 rides and traveled 77,159 miles in 2016. So far this year, they have […]

Dear Editor, At the Sept. 11 City Council meeting, City Attorney Tom Ryan indicated the following with regard to the matter of the Freedom of Information Act (FOIA) lawsuit between the City of the Village of Clarkston and Susan Bisio now in the Michigan Court of Appeals (“No info for you,” Sept. 20): In fact, […]