Clarkston’s land conservancy, The North Oakland Headwaters Land Conservancy, is celebrating 45 years of preserving land and water in Northern Oakland County. To celebrate, they are hosting a “Wild Night Out” fundraiser on Oct. 6 at 6 p.m. at the White Lake Oaks Country Club, 991 N. Williams Lake Road. “Although this is our annual […]

A free Parent Education Seminar on Cyber Safety is Wednesday, Oct. 4, from 6:30-8 p.m., at the Clarkston Community Schools Board Room, 6389 Clarkston Road. Sponsored by Clarkston Area Youth Assistance (CAYA) and Michigan Cyber Safety Initiative (CSI), the seminar will include safety tips; how to access the Michigan Sex Offender Registry; and information on […]

Bowman to expand to north, south

Bowman Chevrolet recently purchased two properties adjacent to its main dealership at 6750 Dixie Highway, in Independence Township, adding nearly two acres. Bowman Chevrolet will use the additional property south of the dealership, previously a restaurant, to expand its new vehicle display area. The building to the north on M-15 will be a used car […]

Clarkston artist Margret Grace McDermott is among five artists vying for the top spot in the 2017 MI Great Artist online competition and a share of more than $16,000 in cash and prizes. McDermott’s 24-by-18-inch oil on panel and linen piece is titled “Tête-à-Tête: Champagne and Roses.” The MI Great Artist winner will receive a […] 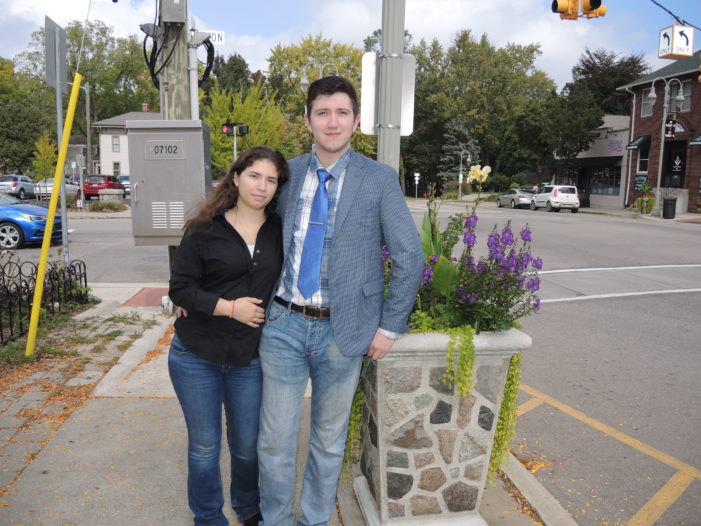 The 2017 Halloween for Special Needs Children is being sponsored by Mamon Ride and Andiamo’s of Clarkston, on Oct. 28 at 11 a.m., rain date, Oct. 29. “At approximately 1 p.m. hear the howling of as many as 100 bikers, many who will wear costumes for the kids, and bring Halloween to them,” said Kaz Mamon, […]

SPIRITUAL MATTERS: Will you let Jesus make you a world changer?

The United States of America is a nation blessed by God. Throughout history, there has never been a people as blessed as we are. Although one could look at other nations and civilizations from the past and see greater accomplishments, the modern times have provided the setting where not only can we be a great […]

SYNOPSIS TAKEN BY THE TOWNSHIP BOARD THE CHARTER TOWNSHIP OF INDEPENDENCE September 19, 2017 A Regular/Budget Meeting of the Charter Township of Independence Board was called to order at 6:00 PM at Independence Township Hall. The Pledge of Allegiance was given ROLL CALL: Present: Kittle, Pallotta, Brown, Aliaga, Loughrin, Ritchie, Schroeder Absent: None There was […]