MAIERLE, Steven Matthew; age 56, of Clarkston, passed away peacefully on Monday, September 18th, 2017, during an extended stay with family in Traverse City. He was born July 5, 1961 in Royal Oak to Ronald and Bette (Peckham) Maierle. Steven was a carpenter by trade and spent his younger years after high school moving about […]

SYNOPSISSYNOPSISTAKEN BY THE TOWNSHIP BOARDTHE CHARTER TOWNSHIP OF INDEPENDENCESeptember 5, 2017A. A Regular Meeting of the Charter Township of Independence Board was called to order at 6:00 PM at Independence Township Hall.B. The Pledge of Allegiance was givenC. ROLL CALL:  Present: Kittle, Pallotta, Brown, Loughrin, Ritchie, Schroeder Absent: AliagaThere was a quorum present.Also Present: Matt […]

BY PHIL CUSTODIO Clarkston News Editor Eighteen records central to a city Freedom of Information Act (FOIA) lawsuit aren’t just a mystery to the public. City Council is in the dark about them, too. Mayor Steven Percival struggled to understand why. “We paid you to do these documents – something came of it because we […]

BY PHIL CUSTODIO Clarkston News Editor A 45-year-old Grand Blanc Township man was arraigned for felonious assault and reckless discharge of a firearm, Tuesday, for firing a shot during a fight at the Heather Highlands Golf Course, 11454 E. Holly Road, 4:02 p.m., Sept. 16. Robert Alex Fleece, who had a permit to carry a […]

City officials and Oakland County deputies are reviewing security video to find out who vandalized Depot Park over the weekend. Vandals caused about $1,000 damage to Depot Park and threw numerous items into the Mill Race, including rented tables from Art in the Village and artwork from the Inside|Out program at about 11:30 p.m., Sunday […]

Training officer honored as deputy of the year 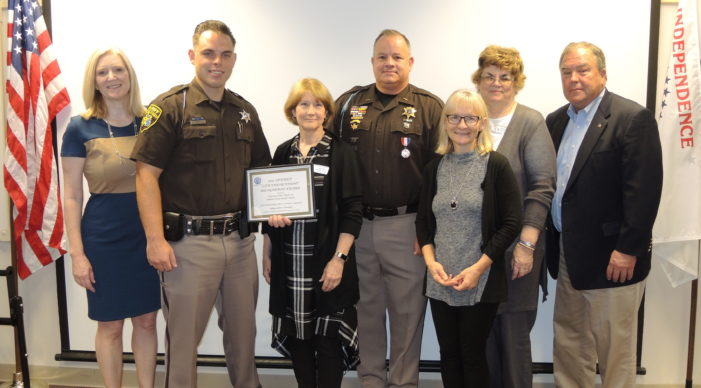