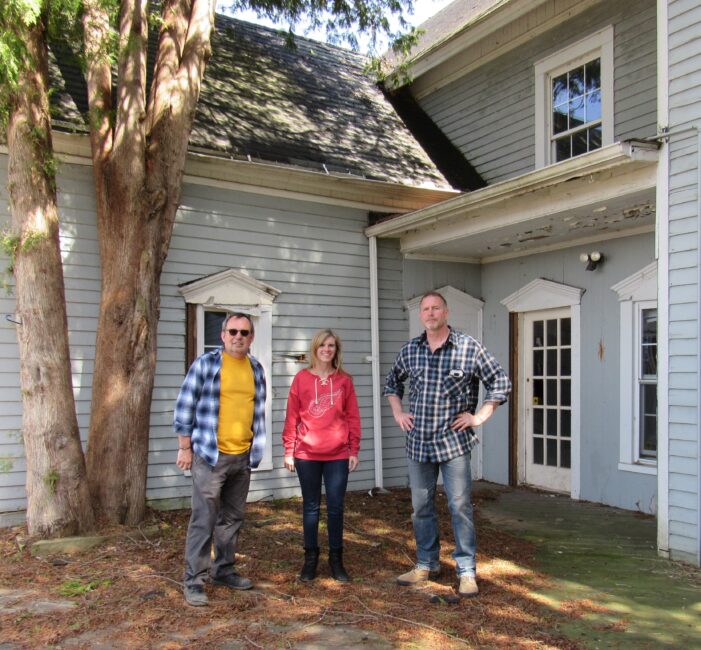 With donations and trade by property owners and community groups, lawyers are expected to have an agreement to change ownership of the Bailey House.
The Bailey home on Sashabaw Road in Independence Township was owned by Oakland County Parks. Preservation Clarkston offered two different parcels of land totalling three acres in exchange for the half acre parcel and home.
The two properties are adjacent to the Clinton River and Bushman Lake, one donated by Preservation Clarkston and the other by property owner Michael Inzitari.
Preservation Clarkston took on the case in 2018 due to the history of the family, dating back to the Revolutionary War, and Malinda Bailey’s ties to the Plymouth Colony as well as the architectural significance of the home.
The house reflects a blend of Gothic and Queen Anne elements consistenty found throughout Independence Township and the Village of Clarkston, including gables, porch, and windows trimmed with Gothic style crowns. The home is over 150 years old and was typical of the farmhouse style in the township.
The Bailey family arrived in Independence Township in 1835, prior to the Michigan becoming a state. The Baileys and their adult sons purchased their land from the U.S. government with a land sale receipt signed by Martin Van Buren, the eighth president of the United States.
The Bailey land was located around Whipple Lake and Independence Oaks Park. The house is located on Sashabaw Road at the edge of the lake.
Oakland County Parks Board, Oakland County Commission on Economic Growth and Infrastructure, Oakland County Board of Commissioners, and Department of Natural Resources have to approve the donations.
The Independence Township Zoning Board of Appeals then will take up the issue.
Approvals could be granted by May, said Sam Moraco, president of Preservation Clarkston and member of the township Planning Commission.
Preservation work on the home would then continue in the fall, with the Clarkston Community Schools Skills Trade classes doing much of the work.
Moraco says for more information to go on Facebook and search “Preservation Clarkston’s Bailey Home Renovation.”