Bicyclists and frogs, get out the way! 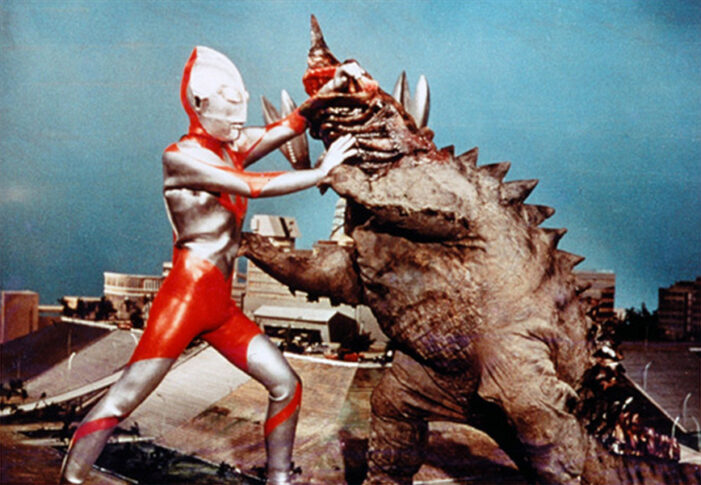 Hey, it’s been 10 years since I wrote this “gem” of a column. While I take a breather, enjoy this Don’t Rush Me column, originally published June 30, 2010.

So, I finally started reading the book, A Walk In The Woods, by Bill Bryson. Folks have been after me to read it for years . . . well, since 1998 when it was first published.
The book is about Bryson’s (a travel writer) trek along the 2,000-some-odd miles of the Appalachian Trail. I like Byrson’s deadpan since of humor. But that is not the reason for this column. Nope. Neither is walking, really, except to say, I was inspired to start walking again. And, it is easy for me to walk as there are miles of paved walking paths just 30 feet out my front door.
I like walking in the morning and almost at dark. One, it’s cooler. Two, there are less people on the path which makes me happy. I don’t like people watching me walk. Why? I don’t know. I reckon it is some sort of deep seated insecurity. But, those aren’t the points of this column either. Be patient. I am getting there.
When I started walking in the early morn, I noticed a lot of squashed and dried up dead little frogs. “Hmm?” I thought. “It’s funny there are so many dead and dried frogs on this path. If they get run over by cars on the road to the north — not more than six feet way — how do their dead and flat bodies make it to the path?”
I thought on this. I think a lot of things whilst walking, alone, and how dead frogs travel was one topic. I thought first, maybe when run over, the pressure of the tire rolling over said amphibian projects it to the path. Sort of like when a tire rolls over a packet of ketchup. I quickly ruled that out for a number of logical reasons — the logicalest being that scenario would mean the skin would remain on the road and just the innards would squirt. (FYI: “logicalest” is in Don’s “special” dictionary of non-words, so don’t try looking it up cuz you won’t find it anywhere else.)
I then thought maybe scavengers, like birds, probably picked up the dead frogs, and hopped them over to the side of the road. There, they could pick out the eyes and stuff, relatively secure in the fact they would not end up smushed. Birds are obviously smarter than frogs.
This line of thinking only piqued my interest for about 37 seconds, and was soon replaced altogether — by what I don’t recall. But, that is not the point of why I write today, either.
One twilight, I donned my white sneakers and headed out for a quick two-mile lumber (and if lumbering is ever associated with the word quick, then one day I can be President of the United States).
Here’s what I discovered (we’re getting close to the point): Only one of about 30 little frogs hopped out of my way. I almost twisted an ankle when one of my sneakered-feet came down atop a little frog. It didn’t move. Had I not gone into evasive maneuvers, that frog would be dead. That started me thinking, too. None of the frogs leapt away when I rumbled loudly by them. They just sat there.
Then I passed another croaker and it jumped back into a tangle of growth, representing safety from my heavy foot falls. That frog will survive to pass on its genetics to a bunch of other frogs.
Maybe, I thought, this was Darwin’s Theory of only the smartest and strongest surviving. Maybe this was nature’s way of weeding out the weak frogs.
Which leads me to this . . . when there are perfectly good paths to ride/walk on, why do bicyclists have to ride on the side of the road?
I know, I know . . . Michigan law allows people-powered peddled-vehicles the right to the roads, but jeeze many bicyclist think they own the roads. And, I guess in effect, since the Spandex Revolution over took the country, they do.
Still, when I see two cyclists together abreast on the side of the road (so they can bike and talk at the same time), I just think it is unwise and unhealthy. I know it is perfectly within their rights as granted by the brainiacks at the state capitol, but that doesn’t make it correct.
On the water ways, the smaller, quicker boats need to get out of the way of the bigger, slower boats. On the highways, the smaller, quicker vehicles need to be watchful and get out of the way of the slower, larger trucks.
On the roads, smaller vehicles (bikes) need not worry about their safety, nor any other motorist. They just peddle — sometimes on the line, sometimes to the right and often times to the left (in traffic) with the arrogance of the entitled. Don’t even get me started when there’s 3,700 bikers riding in a line, slowing traffic from here to Tecumseh.
Don’t get me wrong. I don’t beep, yell, curse, wave or anything when I come across bikes on the roads. I am very patient, I know it is their right to be there. It just doesn’t seem safe, smart or prudent to put your spandex-ed self in front of traffic. Then again, maybe it is just nature’s way.
You can look up the law for yourself at this website, www.m-bike.org/law, and see that, yep, bikers do have rights. Or you can just take my word on it.
So, what was the point of this column?
Email Don at DontRushDon@gmail.com.