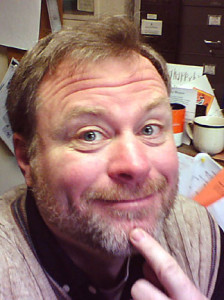 So, as a highly paid and influential member of our local community I get hit up a lot. Locals “friend” me on social media (I think I actually know about 30 of my almost 800 Facebook “friends”), send private messages, pictures, jokes, e-mails, cards, and letters. You all send tons of questions, answers to my questions, your opinions and observations.
Sometimes you tell me what I can go do with myself and sometimes you even send along a thank you. I love it all! Don’t stop. Thing is, however, you all don’t call, which I am thankful for. Okay, with that info neatly packed in your fore brain, we can now move forward to the real point for this week’s “gem” of a Don’t Rush Me column.
Scam calls.

Not crank calls or prank calls. Scam calls, my brothers and sisters, are the calls where dastardly people try to separate you from your hard-earned (or inherited) money. Oh, and it is on the rise. I only know because for the last six months or so, I have been getting a ton o’calls from people I do not know.
I am only highly paid and influential in the community because, while not a cynic, I have a wee bit of the skeptic’s sensibilities. I can usually tell when people are less than stalwart upon talking with them in person, observing their actions and thinking critically versus emotionally. I don’t get suckered much — but, when I do, let me tell you, it’s an epic failure that saddens my heart.
If someone calls my mobile phone and I do not recognize the number, I will not answer (sorry American Red Cross, this includes you, too), I will let it go to voice mail. If I need to return a call, I will. If I do not recognize the number, my practice is to hop on ye old internets and look up said number on any number of search engines. If the number is flagged as a sales call or scammer, I block that number.

End of story . . . until recently.
For most of this year, I frequently receive calls from “people” who live in my home town — I “know” this because the phone numbers I read on my phone have my local three-digit exchange. No messages are ever left. Hmm? True to form, I haven’t answered these “local” calls and have looked up the phone numbers.
And, that’s that (until last week). Last week, I went through my phone log and wrote down all the “local” calls I did not recognize then called them from my work phone. All the calls were from different phone numbers. Guess what — all the numbers were not in service.
Yup, you read that correctly. Not working phone numbers have been calling me. I am smart enough to know the ghost is not in the machine and since my spidy senses were tingling, I knew I needed more information.
So, I contacted my a-number-one, top of the heap, go-to law man, Lake Orion Police Chief Jerry Narsh.

“Good day, Jer!” said I. “Question for you. I keep getting calls from local exchange phone numbers I do not recognize…numbers all disconnected. Is there some sorta’ scam you have heard about that resembles this?”
And, toot sweet Jerry responded to my query.
“Yes and it sucks. The newest scam technology is to clone local exchanges so people will answer. Most of these calls are the utility, bail bond and car insurance calls. Bad guys actually will clone a legitimate company or local exchange agency number. It’s tough to tell what’s real. Guy came in last week to report his cell phone number is hijacked and being used to call / scam folks. He even got a call on his land line …. from his own number!”
I asked, “What should we good, honest and hard working towns folk do?”

His answer, “Contact their cell or land line service provider and advise them. I told this guy to answer and ask what the callers were saying, like what service or scam they are peddling, and to tell them it was not him. People were leaving him messages to stop calling them … another thing the bad guys do is use burner phones. The cheap paid and go to get the local exchanges. That’s why they are not in service when you call back.
“As a final thought, I tell everyone never act or respond in a phone call. After the call, contact the service provider they state they represent by Googling the correct number, and verify from the real company / agency the details — 99% of calls stating you’re in trouble, legitimately would never be done by phone. And, never agree to give account access or purchase money cards on the phone to pay an alleged debt.”
* * *
Thank, Jerry. There you go folks. Listen to the law and don’t be scammed.

‘Big Jer’ answers my call on phone scammers added by Don Rush on September 6, 2017
View all posts by Don Rush →