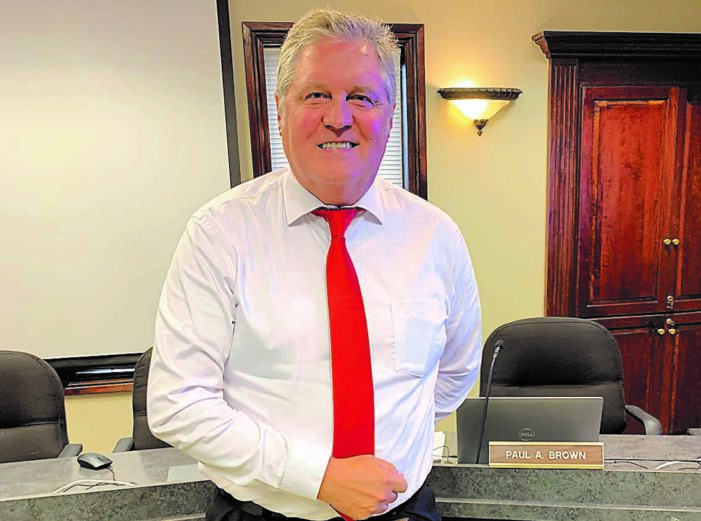 A familiar face is back in a familiar place.
Current Trustee Paul Brown was elected treasurer for Independence Township in a narrow 3-2 vote Sept. 27 during a special meeting of the township’s Board of Trustees.
Brown, who had previously served in the role from 2012-19, takes over for Rachel Loughrin, who stepped down last month to take a job with the city of Pontiac.
“We’ve all been members of a board that was for a lot of years very cohesive, coming out of a time when the board wasn’t cohesive,” Brown said. “In 2012, three of us here took office when there was a turnover of four board members. It’s my desire for us to get back to that point, and I believe we can do it. I think everybody on this board wants what’s best for the community, and we have to work together to make that happen.”
Three candidates – Brown, Curt Carson, and Frank Migliore – were slated for public interviews at the Sept. 27 meeting. Carson was unavailable for the meeting, but Brown and Migliore were present and answered questions from the board, minus Township Supervisor Gerald Fisher, who was absent. Even after Township Trustee Jose Aliaga made the motion for a separate meeting for Carson on Sept. 29, which failed, a motion was made by Trustee Terri Nallamothu to appoint Brown and she, Trustee Ron Ritchie and Brown himself voted yes. Neubeck and Trustee Jose Aliaga voted no.
Township Attorney Dan Kelly saw no issue with Brown not recusing himself from the vote.
Aliaga, running unopposed for township supervisor in the Nov. 8 election, said the two newly vacated trustee spots will be filled soon.
“My desire to want to be part of Jose’s success has been from Day 1, said Brown. “As treasurer, I think I have even that much more opportunity to help that.”