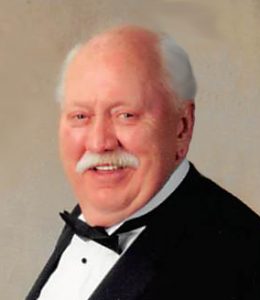 Bruce D. Hynes of Davisburg passed away June 29, 2019, at age 78. Bruce was born May 25, 1941, to Roy and Marjorie Hynes in Pontiac. After losing his father at the age of 2, his grandmother, Lizzie Kehrl, helped raise him while his mother worked; loving husband of Karen; loving father of Jeffrey (Paula) Hynes & Jennifer (Jim) Calhoun all of Davisburg; grandpa of Mitchell & Ella Hynes, Caden & Kylie Calhoun and Chatfield & Brittany Summers; also survived by his dog Mattie, who never left his side; preceded in death by his brother Dennis; brother in law of Bill (Sharon) Rice, Mike (Sue) Rice & Constance Hynes; also survived by many loving nieces, nephews, cousins and friends.

After graduation from Pontiac Northern High School, Bruce attended barber school. He was a barber in the U.S. Navy aboard the USS Randolph Aircraft Carrier with his forever friend, Paul Palace. He returned home to open Continental Barber Salon at the 300 Bowl. He loved being a barber until his brother convinced him to venture off  together into opening a Heat Treating Equipment/Service Company in Pontiac. This further led him to create a successful business selling Heat Treating Equipment. Bruce owned and operated his Clarkston business for 39 years: Furnaces, Ovens & Baths, Inc., which will continue in his honor.

Through the years, Bruce enjoyed his loud and fast Donzi’s, restoring his Davisburg farm house and his 49 Ford.

Nothing brought him greater joy than his loving family and President Trump being elected.

Special thanks to all the family and friends who helped care for Bruce: Kindred Hospice, A Caring Hand, Neighborhoods of White Lake,  Springfield Fire Dept and Dr. James Gibson.