Dear Editor, The Constitution provides Congress with the sole power to make declarations of war. The 1973 War Powers Resolution passed by the House and Senate requires congressional approval before the president deploys armed forces and commits troops to war. U.S. Rep. Elissa Slotkin’s House resolution (not passed by the Senate and therefore has no […]

Why pay for RTA?

Dear Editor, We are newer Clarkston residents and subscribers to The Clarkston News. We responded to Jacobs Insurance full page ad and are very pleased, we saw their ad and responded. It was well constructed and with good content. We had them quote us on home and auto insurance and the savings – for the […]

Dear Editor, The gift of nourishment is so important to our local Clarkston seniors through the Meals on Wheels Program. For those in need, a nutritionally-balanced hot meal is delivered at lunchtime that provides a crucial wellness check for otherwise home-bound individuals. Adults 60 years or older, who are unable to shop or prepare their […]

Dear Editor, This year, for the Clarkston Community Schools Transportation Department’s 16th Annual Stuff-A-Bus to support Lighthouse of Oakland County North, we brought in over 5,100 pounds of food, health care items, and other items which were on their wishlist. We also brought in just under $1,000 in cash and gift card donations. Those totals […] 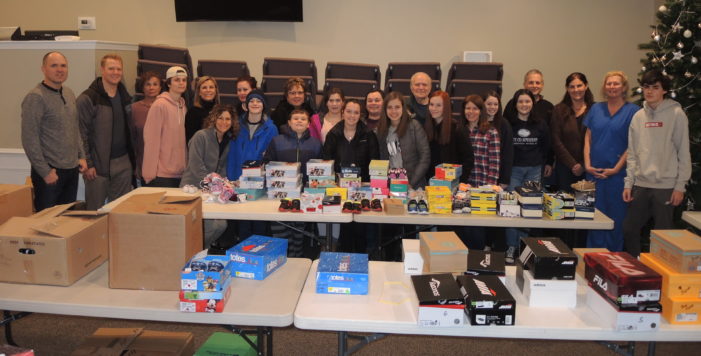 Dear Editor, The article “City takes aim at Airbnbs,” Dec. 4, left me with a few questions. The lack of an ordinance allowing “x” means “x” is not allowed? Did I read that correctly? Hypothetically, if no ordinance exists allowing non-owner vehicles to park in driveways overnight, then my guests can’t park in my driveway […]

An answer to impeachment call

Dear Editor, Contrary to a recent letter to the editor (“A call for action on impeachment,” Nov. 20), a majority of Americans now oppose the impeachment proceedings. They’ve seen “the political gamesmanship” by the Democratic Party start with calls for his impeachment long before he was sworn into office. The refusal to accept the results […]

Dear Editor, Last week in this space, the Clarkston News editor again proved the age-old adage that newsprint cares not that which is printed upon it (“A call for action on impeachment,” Nov. 20). Many ungracious comments were written about the 45th president of our country, a man elected by 63 million Americans. Throughout the […]