Trustee Susan Boatman asked about a $25,671 spending increase in the Support for Other Pupils budget, during a Summer Monthly Financial Update, Sept 24. Mary Beth Rogers, executive director of business services for Clarkston Community Schools, said the increase pays for a special education lab approved by the school board a month ago. The school […]

BY BRENDA DOMINICK Clarkston News Staff Writer Roaming the halls of Cedar Crest Academy, you might hear echoes of little voices saying in unison, “rojo-red, rojo-red, blanco-white, blanco-white.” Students as young as junior kindergarten age are learning foreign languages at the school on Dixie Highway. “When the brain is young, you create that pathway,” said […] 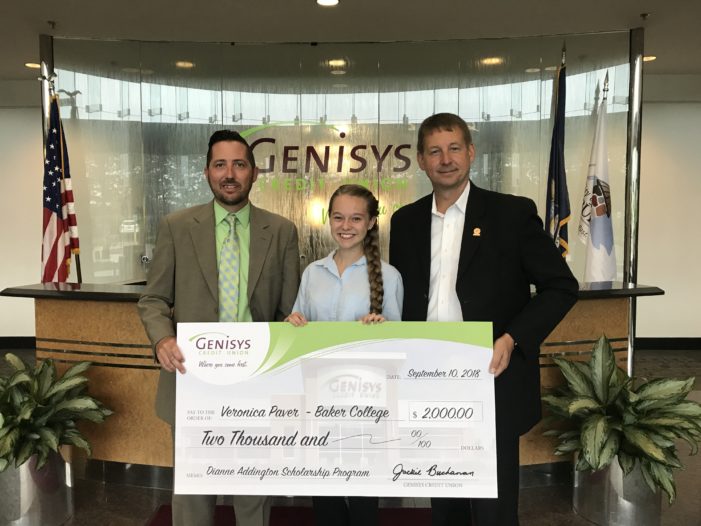 Genisys Credit Union announces that Veronica Paver has been awarded the 2018 Dianne Addington Community Leadership Scholarship. The scholarship provides funding to Baker College students who serve their communities as leaders and volunteers and are working toward a degree. Genisys Credit Union funds the annual award in honor of its former president and CEO, Dianne […]

BY KIRSTEN ISBELL Clarkston News Intern Writer Facing his first full year as superintendent of Clarkston Community Schools, Shawn Ryan has bright ideas for students. “In the first few weeks of school I would rather have teachers focusing on building relationships with their students rather than focusing on lesson one point one, and reading Chapter […]

Some of Everest Academy’s littlest Mountaineers donned spirit wear to help their big brothers and sisters prepare for the new school year. “They are ready to cheer on their favorite sports teams this fall and can’t wait to join our ranks in a few years,” said Mary Williams of Everest. Faculty and staff were busy, […]

School updates in as classes out for summer

While students still have a few weeks until they return to their schools, workers are busy updating them. Work last week included new main entrance desks, security systems, building renovations, and technology updates at Clarkston Elementary, Pine Knob, and North Sashabaw elementary schools. The new, custom-built reception desks for the main entrance were built by […]

Racers gear up for RUSH Regatta

Makenna Walk, a senior at Clarkston High School, chose Kids’ Kloset as the recipient of her Passion Project, which is a part of her Independent Study class at CHS, instructed by Lisa Donley. She has been collecting disposal diapers since March for the outreach mission of First Congregational Church of Clarkston. “Kids’ Kloset is always […]