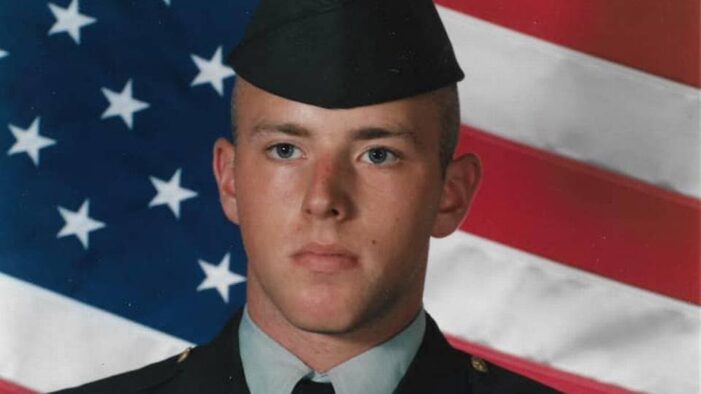 Sgt. Bradley Moore, a 2002 Clarkston High School graduate and a Texas Army National Guard soldier, died during training at Fort Hood, Tex., last month, according to Army National Guard officials.
Moore, who was living in Mansfield, Tex., died August 13 during land navigation training at the central Texas installation, said the state’s military department.
The 36-year-old soldier’s cause of death is under investigation, but no foul play is suspected, according to Brandon Jones, press secretary for the Texas Military Department, in an email to Army Times.
“Sgt. Moore was completing one of several land navigation courses at Fort Hood,” Jones said.
Jones did not respond to follow up questions asking the length of the land navigation course and the time it takes to complete.
Weather data shows temperatures in the Fort Hood area were regularly in excess of 100 degrees during the daytime over that August time frame.
Texas is also home to a variety of venomous snakes and insects that the Carl R. Darnall Army Medical Center on post has put out warnings about.
“We are devastated by this tragic loss of one of our soldiers,” said Texas Adjutant General Maj. Gen. Tracy Norris. “The military is a family, and the entire Texas National Guard mourns with Sgt. Moore’s loved ones left behind.”
The National Guard said in a press release that further information will be released through the Texas Military Department’s public affairs office as it becomes available.