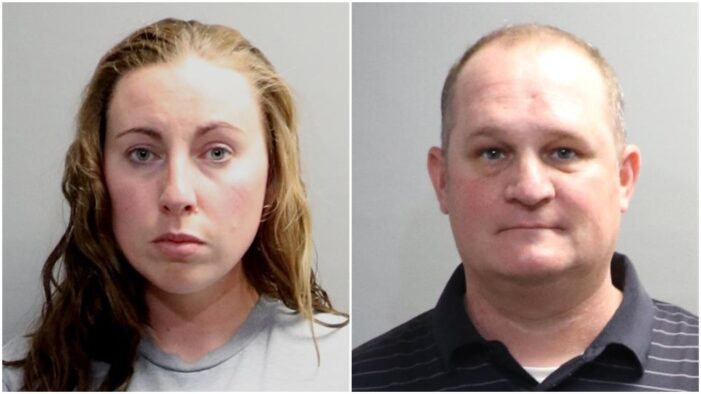 An incident during a night out getting dinner at a local restaurant wound up with two Clarkston residents being charged with a felony that could see them do four years behind bars.
Jillian Deanne Wuestenberg, 32, and her husband, Eric Peter Wuestenberg, 42, were both arraigned last week at 52-3 District Court in front of Magistrate Marie Soma.
They were each charged with one count of felonious assault, which is a four-year felony. Both were given $50,000 personal bond. The next hearing for both will be a probable cause conference before the Honorable Judge Julie Nicholson on July 14.
As part of the bond conditions, they must turn over all firearms, not engage in any assaultive behavior, and may not leave the state.
On July 1, deputies were dispatched to Chipotle, located at 4921 S. Baldwin Road in Orion Township, at approximately 6 p.m. for numerous calls related to threats.
Both parties involved in this incident had called dispatch on each other related to threats involving a firearm as well as physical violence. Reports indicated a white man and white woman both armed with firearms had been pointing them at three black females.
The incident allegedly began over one of the parties bumping into the other while entering and exiting Chipotle. The Wuestenbergs claimed to fear for their lives over threatening comments made to them and their vehicle being struck with a hand by the other party.
Video of the incident has circulated on social media.
The black females said the couple threatened them with firearms and drove away from the scene and waited for police to arrive. Upon arrival, officers began to investigate and confiscated both firearms, which were held as evidence.
Both Wuestenbergs are current concealed pistol license holders.
Officers on the scene could not determine whether or not this was a case of self-defense without further investigation. After further investigation and reviewing of footage by the Oakland County prosecutor, however, the Wuestenbergs were each charged with felonious assault and taken into custody by the Oakland County Sheriff’s Office where they were arraigned.
Eric Wuestenberg will have more sanctions levied against him as U.S. Rep. Elissa Slotkin released a statement in response to the incident on Friday.
“I was deeply disappointed to learn that the man who appears in the video alongside the armed woman had participated in one of my voluntary advisory boards on veteran’s issues. His participation in the board was based on his professional role working with Oakland County veterans. The conduct of this man and his wife is beyond the pale of acceptable behavior and, earlier today, I removed him from my voluntary advisory board, effective immediately.
“This incident in our community highlights how racial division can lead to violence. We can’t accept this as normal or justified behavior. Each of us has a role to play in ensuring division and violence doesn’t harm our communities in Michigan.”