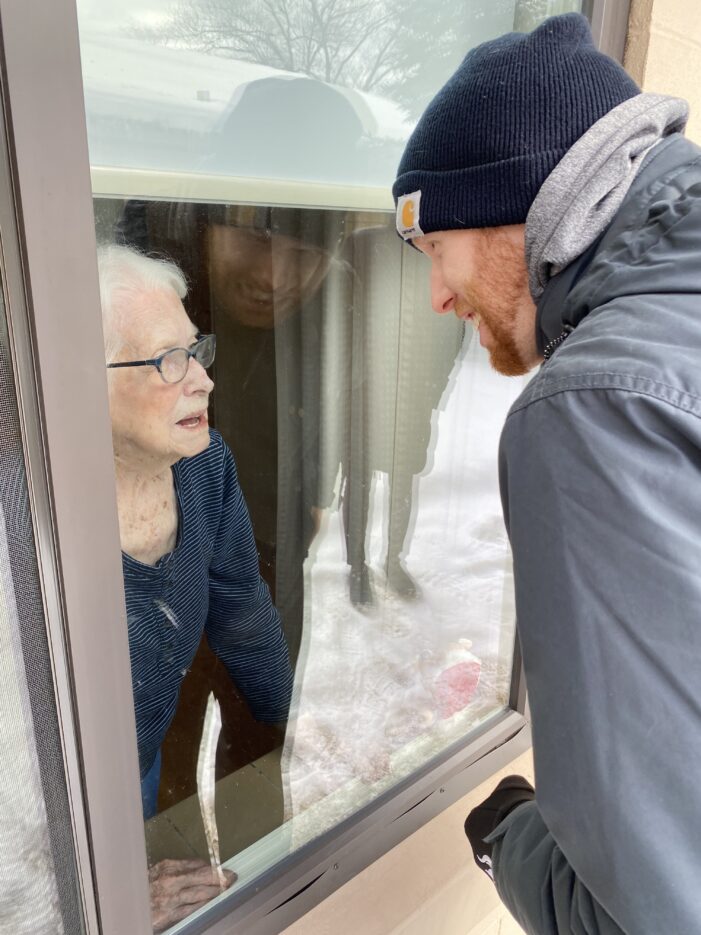 Who is your best friend?
Is it your spouse? Is it your roommate from college? Maybe your dog?
For one Clarkston resident, his great-aunt has been a friend like no other. A close relationship with older family members can be rare and special.
Justin Baetz, who grew up in Clarkston, has always looked up to and been close with his great aunt June Geraldine Pond.
Pond turns 101 on May 24.
More than 70 years into her long life, she gained a great nephew who would bond with her forever. The early years of the friendship consisted of traditional grandparent and grandchild moments filled with stories and with those, came lessons.
His words about his favorite aunt were nothing short of admiration.
“She is incredible,” said Baetz. “She has such an upbeat personality and is a real spitfire. She is very true to herself and is always smiling and living in the moment.”
As Baetz grew up, he found himself at Central Michigan University, studying to be a physical therapist just a quick 45-minute drive to “Nunie’s” house.
Weekend trips were filled with bowling, where June was quite the striker, along with dinners that hosted advice and adventures, courtesy of Nunie.
Since the COVID-19 pandemic, the bond between Baetz and Pond has been stretched and tested with Pond at high risk of catching the virus.
They were forced at times to talk on the phone rather than get dinner, or in some instances separated by a pane of glass when Baetz would visit.
“Justin has always had a special kindness toward the elderly, and he has an extremely close and special relationship with his 100-year-old great aunt,” said Patricia Baetz, Justin’s mother. “It’s extremely unfortunate that they can only communicate by phone and through a window during this pandemic. When you’re 100, every day you have is special and it’s so sad she has to spend most of them without loved ones around. Hopefully soon they can hug again.”
She hit the astonishing triple-digit mark in 2020 where she was celebrated at a small get-together filled with her drink of choice, a “salty dog.”
Since the feat of hitting 100, Pond’s century-old strength remained solid beating the virus when she contracted it early this year. She has now fully recovered and continues to take every day by storm.
The technology of Baetz’s generation has allowed him and Nunie to remain close through frequent phone calls on his drives home where they would talk about each other’s days as the friendship never faded despite the trying times.
They continue to talk, and the tales never end as Pond shares her working days for Revere Copper and Brass, a company that made cookware, then eventually war munitions during World War II. Her adventures brought her across the country and falling in love with her husband Bob. Since his passing in 1986, Nunie has been the epitome of strength, never backing down as she inspires all those around her, especially Justin.
As her 101st trip around the earth comes full circle, Pond stays sharp, never forgetting to put her family first, living every day like it’s her last with her best friend by her side.