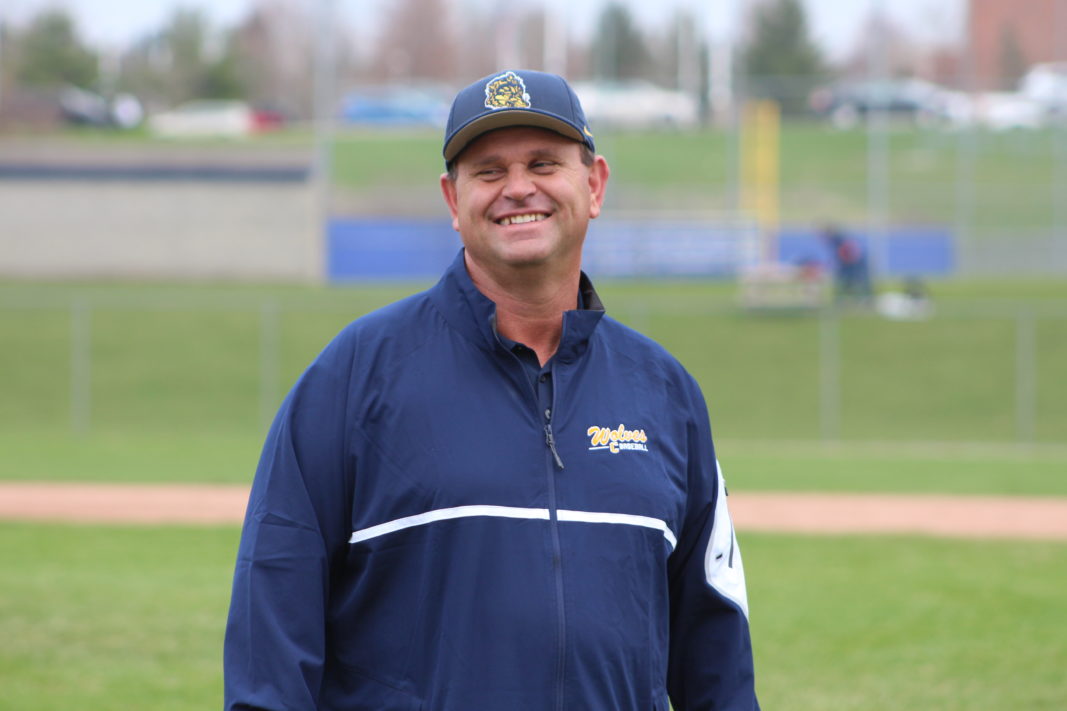 BY WENDI REARDON PRICE
Clarkston News Sports Writer
Phil Price cheers for the Clarkston Varsity Baseball team but now it’s as a fan instead of head coach – he’s retired after 27 years.
“It’s been a good run,” Price said. “It was just time. I never wanted to be that coach who was coaching to coach. I believe you have to do things the right way. When it’s time, maybe step down. I love coaching baseball, but I almost didn’t love the other stuff. It was just time to start the next chapter.”

During the 27 years, Price led the Wolves to three league championships, eight district championships, two regional championships and two Final Four appearances.
“I wish we would have won,” he shared. “The kicker there was the first year we lost to Portage Central and they ended up winning it all. Then, the next year we lost to Bay City Western and they won it all.”
But it wasn’t the games the team won or didn’t win that will always stick with him – it’s the players.
“I have had a lot of kids who have come through my camps, then who have played for me,” Price said. “I have always been proud of our kids that we have always been fundamentally sound. Our kids always competed and played hard. Baseball is a different sport than other sports. No one in baseball goes 162-0 – you win some, you lose some and you learn how to grind and learn how to compete. I was proud of our kids always prepared and we always competed.”
Many players went on to great success, and several returned to Clarkston to teach and coach, he said.
“Clarkston is such a special place to live and everything revolves around Clarkston,” Price smiled. “We have great support from our athletic directors from Paul Tungate to Dan Fife to Jeff Kosin, they have been awesome. I couldn’t have had a better place to coach than what I had from those athletic directors giving me what I needed to be to be successful.”
“Thank you to everybody,” Price said. Clarkston is a special place – a special place to live, a special place to teach, special place to coach. I am very honored to have the privilege of coaching here.”
“We are losing a great one,” said Jeff Kosin, athletic director. “Coach Price’s lucky number was seven. I think had he not had an injury at Michigan, we would probably be trading cards with his face on it from what I have gathered. When he came here to Clarkston, seven was a popular number. The kids want to wear it so he took on No. 77. What the kids have done is frame is No. 77 jersey. I don’t think anyone will wear No. 77 ever again the same way he has. Thank you very much for what you have done. We appreciate it.”

Price played baseball for University of Michigan and played 222 games, 1987-1990. He had 215 hits with 33 home runs, 53 doubles and 155 RBIs with a .387 batting average.
Price will continue to teach for Clarkston Community Schools and can be seen on the sidelines as assistant coach for Clarkston Varsity Football.
“I learned a lot from Coach (Kurt) Richardson, the football coach, which have carried over,” he said. “The baseball program is in good hands and will continue to be successful.”