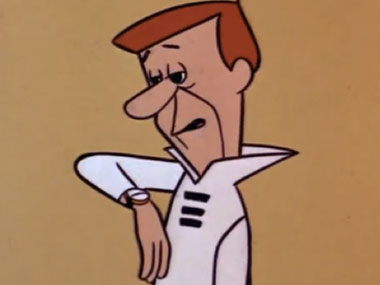 George Jetson was able to not only talk on his watch, but also see who he was talking to on the face of his watch! 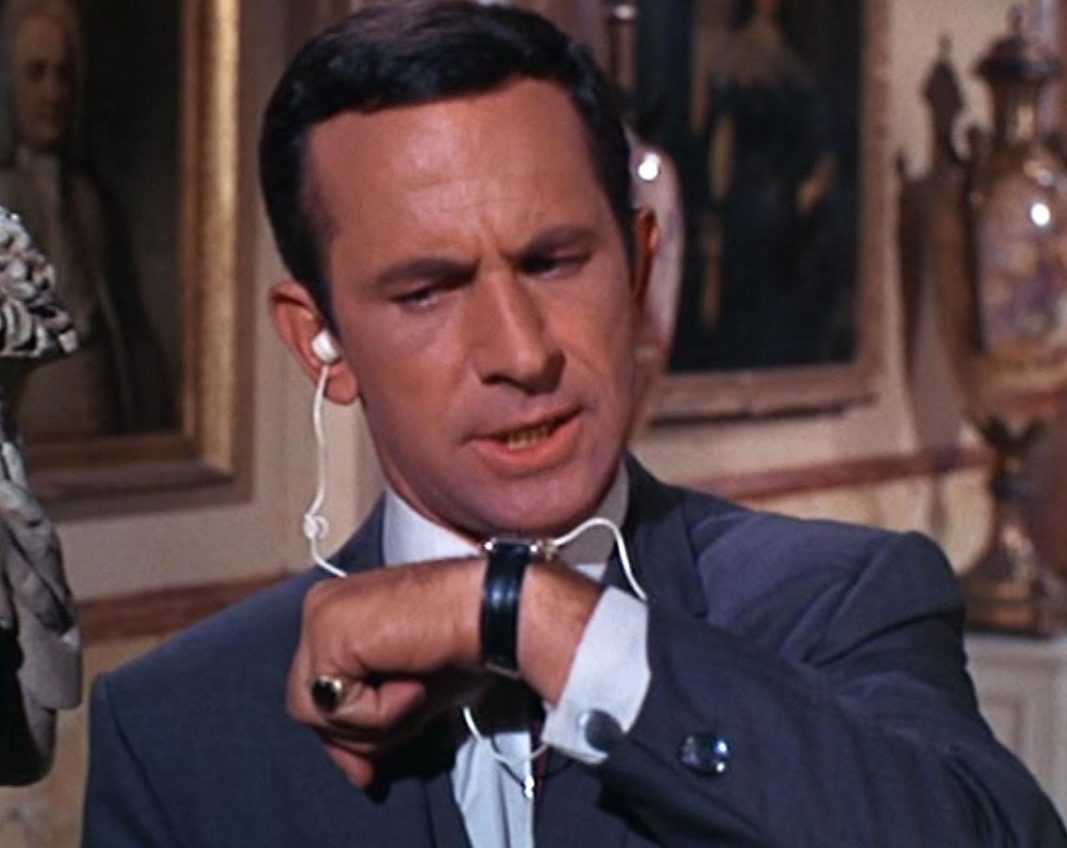 Don Adams -- alias Maxwell Smart, and later the voice of Inspector Gadget had watchphones in both shows. 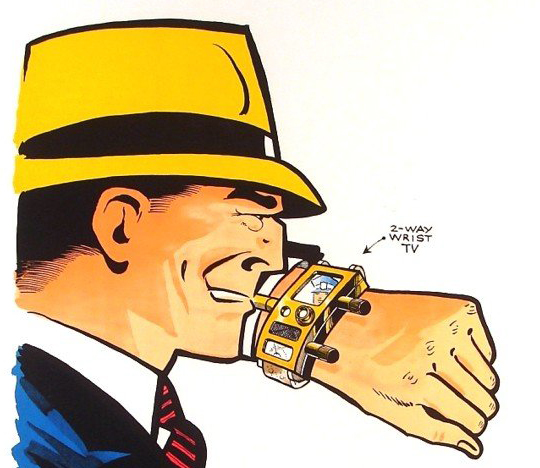 I think Dick Tracy started it all in the 1940s. 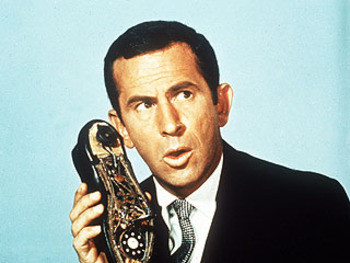 I think next I "need" a shoephone, too.

You know, I am a simple man. Simple dress code. Simple hair style that really has not changed since 1985. Simple way to live: be good, do the best I can, love all kids and small critters; follow my dreams; and all the while remember to not take myself too seriously.
I try to keep my feet on the ground and my head outta’ the clouds and to set realistic goals. For the most part, I have stayed true to a level-headed approach to my existence. (I tell myself this over and over, all the time.)
I say I try, because I am a lover of flashy clothes, awesomely colorful socks, kilts and argyle patterns — and nifty gadgetry. Luckily for me my love of cool stuff has been kept in-check by my frugality. Let’s face it, when your kids label you, “The Cheapest Dad In Town,” you don’t buy to many neat-o-keen things even if you want to.
My skin-flintness had been really tested the last three or four years. Since that ginormous computer company Apple introduced their first “smartwatch” I have been jonesing for one.

Slowly the seconds turned into minutes, then hours, days and years and last month I caved, gave in to my unhealthy desires. I am the proud owner of a Smartwatch. Hoo-ha!

Please don’t judge me. This mania has been in the making for over 30 years. Believe me, I remember my dad telling me about the comics from his youth in the 1940s, in particular Dick Tracy. The comic detective could communicate with head quarters by talking on his watch! Awesome!
During the 1970s, I watched The Jetsons TV cartoon. And, yup . . . aside from daughter Judy, his boy Elroy, Jane his wife, Astro the dog, George Jetson had a watch that was also a phone. (Of course, in that show they had a robot maid and flying cars, ta-boot — which would also be cool to have. Guess I’ll have wait for those “must have” gadgets .)
I was also widely addicted to watching re-runs of Get Smart! Bumbling hero Maxwell Smart (Agent 86) had a ton of gadgets which he almost always used (sometimes correctly). Most folks remember his shoe-phone (which I still want), but many may not remember, he too had a phone watch.

And, my obsession grew as it was reinforced by capitalistic brainwashing pop culture media. Johnny Sokko and His Flying Robot was a Japanese TV show of the late 1960s. The hero, Johnny, was a kid of about 10 who controlled the giant flying robot by using a phone watch. Together they defended the earth from destruction.
Throughout the years leading up to actual smartwatches there have been other pop culture watch phones — cartoon land’s Inspector Gadget had a watch phone (and his voice was that of Don Adams, who was Maxwell Smart), so did James Bond.
So danged cool!

And, now I have one. All that yearning and now my wrist is adorned with this sweet looking black watch. The first thing I did when I figured out how to do it, was call my sons Shamus and Sean to let them know, I was talking to them via my watch.
I’m sure they were not really impressed, but at least they sounded relatively enthusiastic with their, “Gee. Nice, Dad” comments.
Impressively, with this watch I have figured out I can send and receive text messages. It lets me know when I have an appointment (somehow it magically is in sync with my electronic calendar — go figure?). It tells me not only the time, but also the temperature, phase of the moon, what percentage of rain and the forecast for days out.
I am finding new features all the time. I just pressed one of the buttons on my watch phone before typing this sentence, and I see I have an e-mail from Lake Orion reader, Bill Kalmar I need to respond to. The watch can play music and it also monitors my pulse rate and lets me know how many steps I have taken or flights of stairs climbed.
Totally radical!

After about a month of wearing this watch, there are times I find myself talking to it and not nicely — telling it to shut the blankity-blank up. For example, if I sit too long at my desk it will “ping” me.
“Ding!” and on the display screen, “INACTIVE for almost an hour. Get Moving.” “Time to stretch.”
Or, if I get up to use the lavatory, “Ding!” “Good job!” Really? Like I really need another smart something telling me what to do, and giving me fake praise while using guilt to manipulate me. Argg!

Wait! I just pressed another button. It has an altimeter. It just asked, “Find a seal level air pressure reference for your location?” I just pressed “Go!” I wonder what it will tell me?
Cool man!

Be careful what you yearn for (or Don gets a new watch) added by Don Rush on October 18, 2017
View all posts by Don Rush →