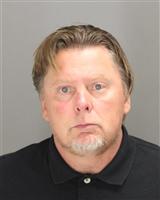 Oakland County Prosecutor’s Office reviewed the case on April 26, and issued an arrest warrant for reckless driving. Eckola was booked and released, April 26.

Eckola, an Oxford resident, was arraigned on the reckless driving charge before Judge Kelley Kostin of the 52-2 District Court in Clarkston.

He was issued a $2,000 personal bond with a restriction of no driving until he is evaluated by both a medical doctor and eye doctor.

The Oakland County Crash Reconstruction Unit is continuing to assist deputies from the Independence Township Substation with the crash, which occurred at 1:17 pm on April 20 on Main Street near Waldon Road. The truck collided with two vehicles and destroyed a brick wall before plowing into Clarkston Village Dental, 55 S. Main.

The drivers and a passenger in the two vehicles suffered minor injuries in the crash, but refused medical evacuation. Eckola was also treated at the scene.

Reckless driving, a misdemeanor, is punishable by up to 93 days in jail and $500 fine.