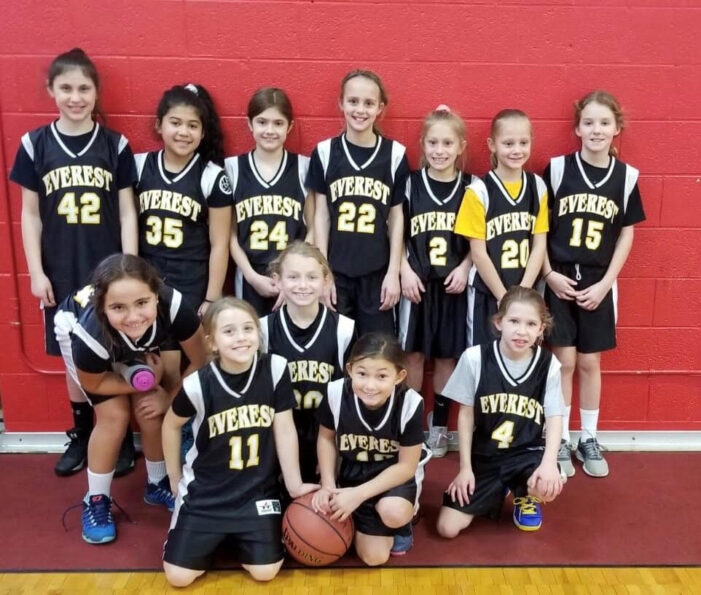 Clarkston Everest Academy winter athletes celebrated their accomplishments and recognized their achievements for the 2019-2020 winter season, March 3.
The Everest 3/4 Girls Basketball team went undefeated during the season and they were led by Coach Larry Hearn.
“We had 14 spirited, young ladies on the team,” said Katie Schmitt.
The Everest 5/6 Grade Girls Black Basketball team finished the season as with a record of 12-1 and lost the one game by one point. They were division champions as they finished undefeated in the division. They also went undefeated in the Everest season end tournament to be tourney champions. 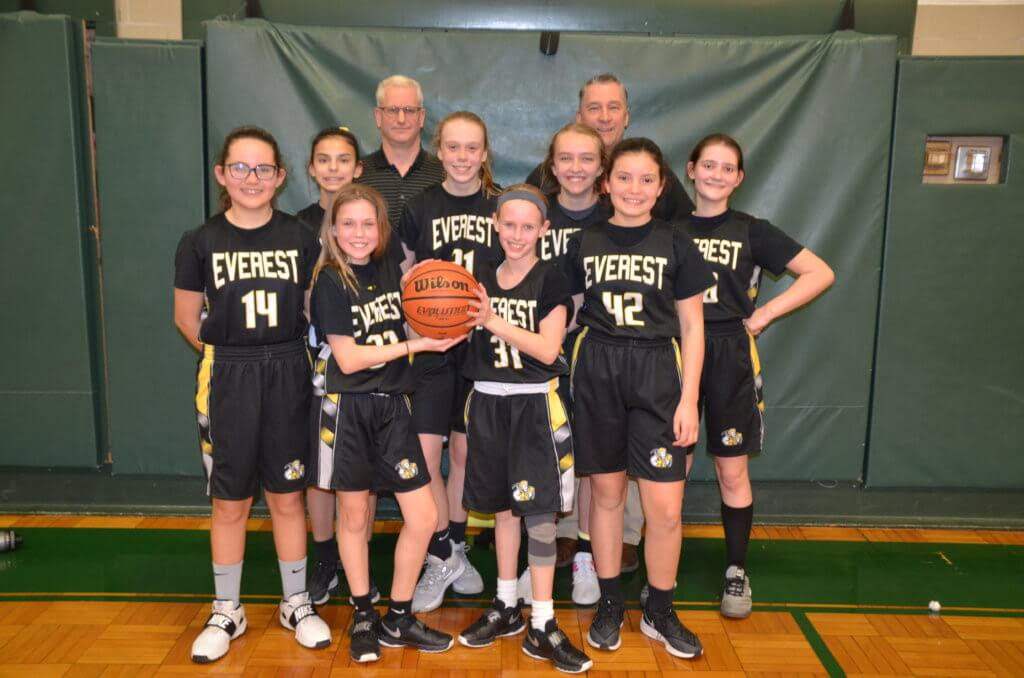 “I was very impressed on how the team performed this year,” said Coach Dave Berney. “As a team, we prayed before and after ever practice, before and after every game, between halves, and after we took the court for pregame warm ups. This team knew who came first and what we wanted to represent.”
The team had 11 players which included ten fifth graders and one sixth grader, Becca Berney. Two of the players had never played basketball before while three players were from last year’s team and only one starter returned.
“I am very proud of how these girls came together to be a great team,” said coach. 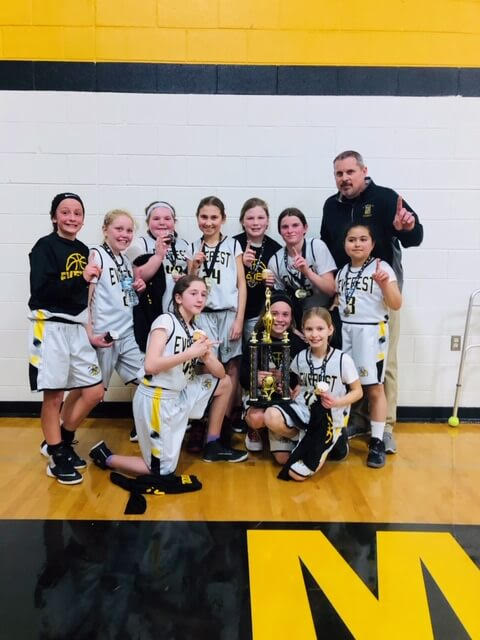 The Everest 7/8 Girls Gold Basketball team finished the regular season going 8-5.
“The team had a successful season,” said Coach Justin Sigler.
Michael Pruchnicki shared the Everest 3/4 Boys Basketball team have a set a solid foundation for the next seven to eight years for their athletic careers as a Mountaineers.
“The team did a great job this season,” said Pruchnicki. “The developmental league is the best since it is the first year for many of the players to wear their school uniform. It is special to see the pride the boys have in representing their school. The motto for the team this year was effort and attitude. Much was demanded of the boys in terms of working hard to get better at basketball, but even more was emphasized in what it takes to be a great man. They have set a solid foundation as they continue to work toward sainthood.”
The Everest 5/6 Boys Basketball had several close games and finished the season with the season with a 5-5 record.
“It was quite an accomplishment considering we started 2-4 after the first six games,” said Coach Eric Dale. “We were fortunate to win three of our last four games.”
He added a season highlight was in their last game against Our Lady of the Lakes where they entered the fourth quarter down by three points. 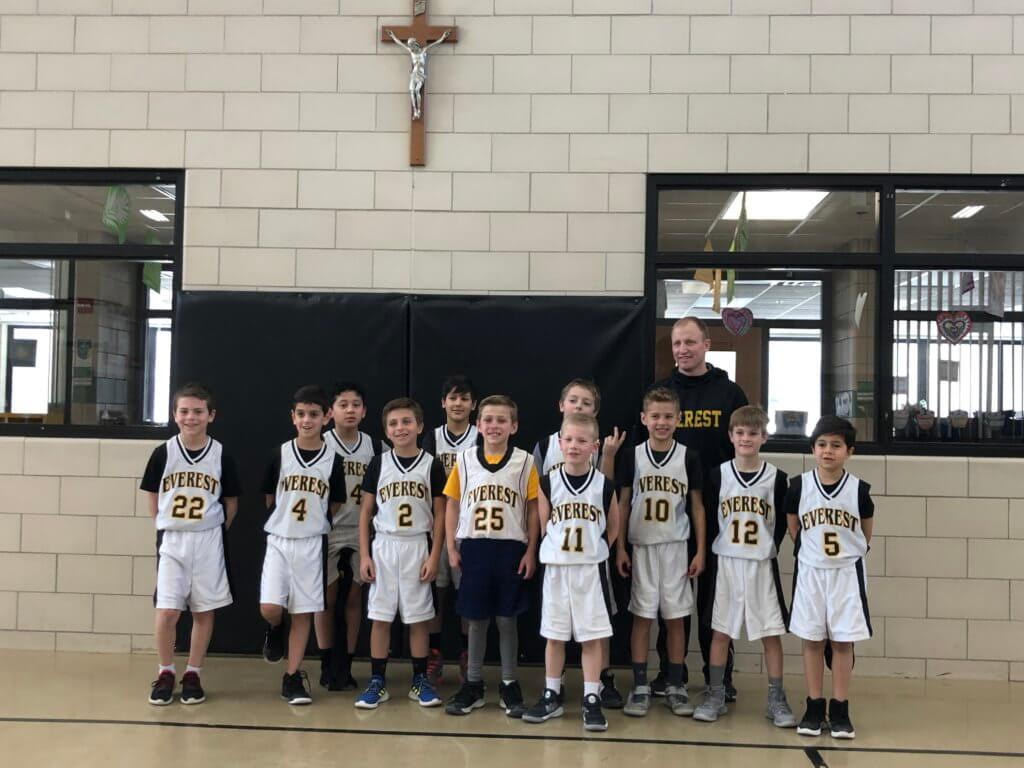 “Jimmy McGrath scored six points and our defense held them to just two points in the fourth,” Dale shared. “We won by one. Another exciting game was against St. Joe’s. The score was tied with about ten seconds left. We had the ball. Eddie Werner hit a jump shot with eight seconds to go to win the game.”
The Everest 7/8 Boys Basketball Black team finished the season with a 4-6 record. All losses were to teams which made the Sweet 16 of the CYO Tournament.
“This young and inexperienced team learned how to compete at the next level of CYO basketball,” said Coach John Haezebrouck. “Close losses never deterred the team’s effort and commitment to each other.”