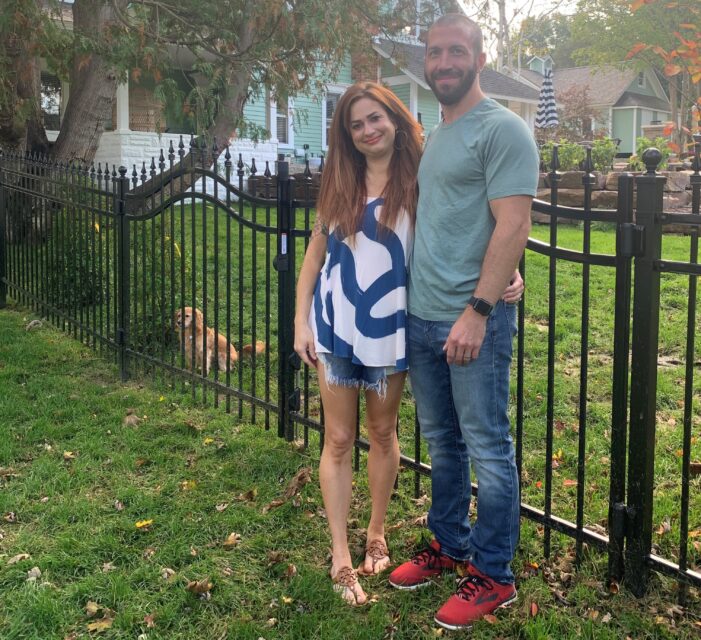 PHOTO: Lianne and Chris Moore stand in front of their fencing project at their home on South Holcomb Road in the city’s Historic District. Photo provided