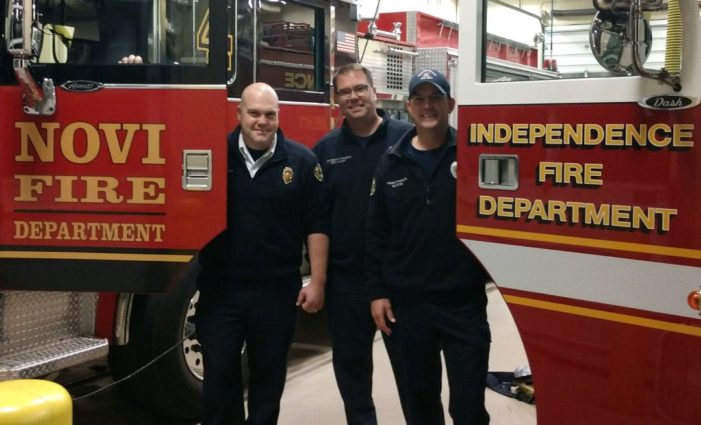 Independence Township Fire Department recently helped out other Oakland County communities when they lost water pressure.
“There was a water main break in the West Bloomfield/Farmington Hills area (Oct. 23) that resulted in a number of communities in the area being either with very little water pressure or, in some communities, no water pressure. We responded based on a mutual aid request to provide a tanker truck to the areas,” Independence Township Fire Chief Mitch Petterson said.
Personnel from the township’s fire department went to a Novi fire station and spent the afternoon and stayed overnight covering the area, Petterson said. If a fire occurred, they were around to provide water.
It’s common for groups within Oakland County to provide aid to each other. Petterson said they provide and receive it on a frequent basis, usually within surrounding communities such as Lake Orion, Waterford and Brandon Township.
“This one was just slightly out of the ordinary because it was a little bit further away. Novi is not part of our bordering neighbors. Because we have tankers we can provide, they called us instead of calling one of their closer departments,” he said.
The water pressure has improved, Petterson said, and the communities are confident they can provide enough water for fire suppression.
“It’s relatively routine business for us to provide mutual aid,” Petterson added. “We’re always happy to help out and we know they’re there for us if we need them.”