GoFundMe for deputy’s battle with cancer 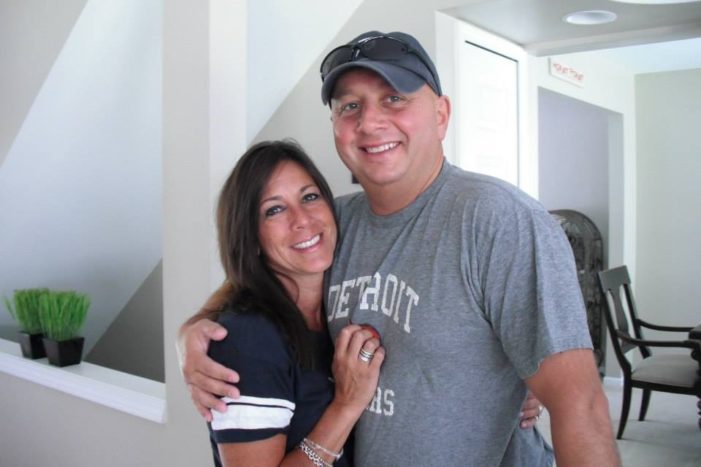 A GoFundMe account has been started for longtime Oakland County Sheriff’s Deputy Gary Garza, who is battling stage 4 pancreatic cancer.
According to the GoFundMe page, Garza was having some severe stomach pains and went to a doctor with concerns about his issues. Doctors thought he may have an ulcer, but that was not the case. Tests revealed the pancreatic cancer, which had also spread to his liver.
As of Jan. 6, $32,445 has been raised of the $30,000 GoFundMe goal.
“Wow, is all I can say,” posted Tim Payne, organizer of the campaign and Oakland County deputy. “What, four days, and between all of us we have raised over $30,000, yes, in four days – thank you all so much !”
The page will be open for 30 days to raise as much as possible, Payne said.
Garza recently had a port put in and has begun the long process of chemotherapy.
“I spoke to Tammy (Gary’s wife of 11 years) earlier and she said Gary is doing pretty good and able to keep food down,” Payne wrote on Jan. 2. “Gary had his second chemotherapy treatment on Tuesday (Dec. 31). Today, he went with his parents to get the infusion pump off. He is getting a shot to keep his red blood cell count up and he is getting an IV to keep his fluids up. After today is usually when he really starts feeling like crap. Keep our boy in your thoughts and prayers.”
“Gary got home about half an hour ago looking really good, feeling good,” added Tammy Garza, also on Jan. 2. “Ate a hot dinner and is sitting up watching TV on the sofa about cars, of course. Thank you all for the continued support and prayers. We love you.”
Garza has been an Oakland County deputy for 21 years and his latest assignment has him in the Clarkston school district as a school liaison. Two weeks ago was his last week of work as he is going on disability due to the schedule of having to go for chemotherapy a couple of times per week.
Gary and Tammy have a daughter, Mckenna.
“Gary has a long road ahead of him and we want to make sure that finances are one thing he shouldn’t have to worry about,” Payne said. “Staying strong and fighting this should be his only focus. We need to show someone that has dedicated so many years to public safety that we are here for him in return.”