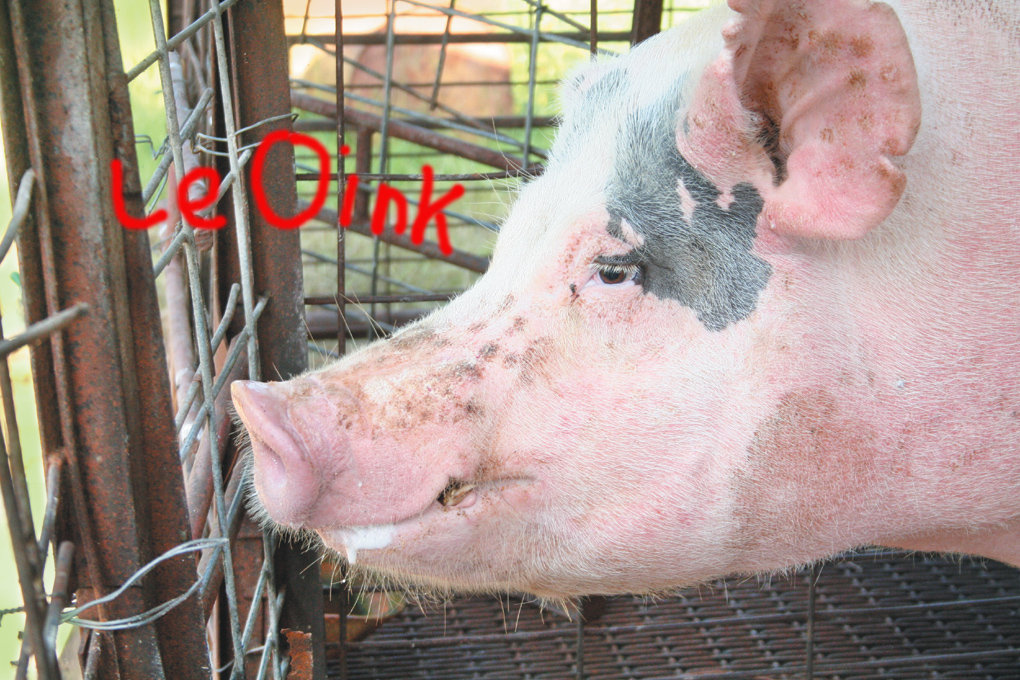 Yeah, the nightlife of your hero (that would be me) is quite exciting if not down-right enthralling. After watching Jeopardy at 7 p.m., things really start ramping up for one Dandy Don Rush. Because I’m the quintessential renaissance man, I have options available to me that maybe mere mortals do not. Gender, I reckon, does have its privileges.
I oft find myself asking, “Don, should you fall asleep listening to an audio book, or should you let TV watch you as we fall to sleep?”
And, then I usually wonder if there is any ice cream in the freezer. The other night there was no ice cream in the freezer and I decided to let the TV watch me fall to sleep. I selected a new show (at least to me) to watch me. Mountain Monsters is a gosh-darned hoot. “Reality” TV that’s a must see TV. Think Ghost Hunters mashed up with Duck Dynasty. Aside from only understanding about 70 percent of the English the main characters speak, I find it quite entertaining. These very serious and mostly bearded West Virginians (with most of their teeth) toting shotguns, traipsing the countryside in search of . . . among other things chupacabras, wampus beasts, werewolves, demon dogs, lizard men and Big Foots (or should that be Big Feets?)
I didn’t know this, but in West VA, they call the Big Foots, Yahoos. I also didn’t know, unlike other North American Sasquatches, the Yahoos of West Virginia just don’t grunt and hoot. The Yahoos bellow out, “Yahoooooooooo!”
Hence their name.
As the Neanderthal Philosopher and just like the great thinkers throughout history, I started to ponder and to connect dots which maybe never have been connected before. If say the humanoid Homo Sapiens of Michigan sound different than the humanoid Homo Sapiens of West Virginia, is it not too far of a stretch to believe humanoid Big Foots also have differing dialects? Maybe Sasquatches in Boston have nasally sounds and the Yahoos of West Virginia are more twangy sounding. (Hey, don’t give me crap, it’s a theory I think cryptozoologists should consider.)
So, as the night wore on, with the suspense of the TV show spiking and ebbing, some more questions came to mind — or maybe just one question that could span a lot of ground.
Do pigs say “oink” in France? Is it “le oink?” If I were to go to France, and because I have forgotten all my French lessons except for Je ne parle pas Français, if I were to go and say, “Oink, oink” would the French know I’m talking about pigs?
It’s a legit question.
I hopped on the old interwebs and typed in the search line, “What sound does a pig make in French?”
Much to my amazement, I got a response. Lot’s of ‘em. About 29,700,000 results in 0.71 seconds, to be precise. Ready to see what I found out? (Drum roll, please . . . .)
When a pig “oink oinks” in France, it says, “Groin-groin.” If you’re like me, the first thing you did in your head you oinked, then you groined. Well, ok, at least I did. Then, focusing in on my inner pig, I vocalized some grumbling “Oink, oinks, groin, groins.”
Do you know what? Both vocalizations sound like pigs. Who woulda’ thunk it?
* * *
Because I am a man of many talents I am pretty darned good at imitating sounds, and do you know what sorta’ sounds like a pig? A duck. Yup, it’s true.
If you throw that “quack, quack” to the back of your throat first and then project it over your tongue and out your lips, you, my friend can get a duck’s attention. If you do it right, it almost sounds like an “oink oink.”
Since we’re having fun here, in France ducks are ‘sposed to say, “Coin coin” but, I’m not buying it. I’m not hearing it.
Here state side, chickens “cluck cluck.” In France, they “Cotcotcodet.”
Chicks here, “chirp” or “peep.” In France, they “piou-piou.” I didn’t know how to pronounce “piou-piou” so I looked that up, too. “Piou-piou” sounds like “pew-pew.”
Boy, this column keeps on getting more betterer! (Kids, don’t use this grammar at school ‘cuz your teachers will not think it’s funny. Remember, I am a highly trained professional something or other.)
If you must know, the website I went to for all this information, which I’m sure someday may be of use to you, is fluentu.com/blog/french/french-animal-sounds.
Have a great week, and check out Mountain Monsters. Send comments and ideas to DontRushDon@gmail.com