‘Inappropriate’ relationship does Rock in 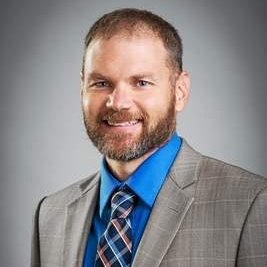 The community was rocked this weekend with news that Clarkston Community Schools Superintendent Dr. Rod Rock tendered his resignation over an “inappropriate relationship” with a 19-year-old former student. News of the resignation has social media a buzz, has drawn the attention of Detroit broadcast media and has been reported in newspapers throughout the state and nation.

Despite the unwanted attention, School Board President Elizabeth Egan said the school district will remain strong.

“It breaks my heart to have to tell the community this, but I think I have a lot of confidence in our administrative team,” Egan said. “We have great teachers, bus drivers, food service workers, aides. We should not underestimate the strength of this district.”

“We’ll continue to focus on the great things we are doing for kids,” said newly appointed Interim Superintendent Shawn Ryan. “We have to recognize we need to work to repair a damaged relationship that now exist in a broader sense with our parents and community. It’s going to be our job one to build that trust. We’re making sure their kids are safe, and that Clarkston continues be an amazing place to live and learn.”

Rock, superintendent of Clarkston Community Schools since October 2010, resigned last Sunday at a special meeting of the Board of Education. The board met in closed session to consider a written legal opinion from district council.
In a letter to Egan dated Jan. 11, Rock, 49, said he had an “inappropriate” relationship with a recent high school graduate of Clarkston High School. He is divorced and has two daughters himself.

According to the letter, the relationship started as an “appropriate friendship” and became “inappropriate” after the woman, now 19 years old, graduated. At the meeting were school board members and board attorney George Butler of Dickinson Wright, PLLC, a Detroit law firm. WDIV, Channel 4 out of Detroit reported the former student was a 2017 graduate of CHS.

“Thursday, we posted for a meeting tonight (Monday), and then Dr. Rock sent me his letter of resignation,” Egan said. “We moved it forward one day (to Sunday) because we don’t have students in the building today. It’s Professional Development Day, so this was a good day to speak to the staff and let them know.”

Notice of the meeting was posted on the board office front door, said Mary Ellen Rowe, CCS marketing director. As such, no one from the public was in attendance at the meeting.

On Tuesday, CHS Principal Gary Kaul went on Youtube to address the issue.

“He betrayed our trust, betrayed your trust, and our community’s trust,” Kaul said. “A person in a position of power and authority cannot engage in behavior that calls into question the moral and ethical qualities they need to exhibit and uphold in his position. Dr. Rock did a disservice to those he promised to protect.”

Egan said the district will remain focused on their commitments as a school district.

“What we really want to do is just move forward and finish getting the facts and making sure our kids are safe,” she said. “We don’t need anybody from the media using this as a way to stain our community.”

“He did a lot for our community,” she said.

“That’s why we’re disappointed and surprised, but Dr. Rock had a lot vested in Clarkston, and Clarkston Schools and the community,” Ryan said “It stood on its own two feet of what that represented and now, as he’s come forth to share this situation. I mean, honestly, we have to deal with it for what it is and try not to make judgments past that.”

He said the board will follow up with an investigation using an outside group.

“Dickinson Wright has been commissioned by the board to complete the investigation,” he said.

“Right now, us as a central office, we’re going to kind of just rally together to make sure that we have everything covered,” he said. “We’re probably going to look down the road to see how we fill spots. Sometimes it’s difficult because there’s such technology and everything going on, we kind of have to just cover one base. It’ll be a team approach.”

According to the Resignation and Release Agreement signed by Rock and the school district, he remains on paid administrative leave until Feb. 28, his “termination date”; no further legal, employment, or contractual obligations to Rock; full cooperation with the investigation; no contact with any district employee or student; no admission of wrongdoing; no negative comments about the case; and full release of any claim of liability, compensation, or damages from the district.

Directives include no attendance of any event, public or private, on school property or for which the district is a host, sponsor, or participant; and deletion of all social media accounts affiliated with the district.
Recently, Rock signed a four-year contract effective Jan. 1 with a salary of $161,000 a year. The contract required disclosure of potential civil actions against him, and included a “moral turpitude or misconduct” clause, allowing the district to terminate his contract at any time without liability for salary, pension, or fringe benefits.

Rock was also serving as the 2018 board president of the Clarkston Area Chamber of Commerce, with which he served for seven years.

“Dr. Rock has indicated he will submit his resignation,” said Janelle Best, executive director of the chamber, in a statement. “Our staff and board were unaware of the situation and never observed a lack of commitment or leadership on behalf of the Clarkston Chamber by Dr. Rock.”

The remainder of his term will be filled by Emily Ford of Morgan Milzow Realtors. A Clarkston resident since 1979, Ford is an associate broker and a fourth-generation real estate professional. She’s a graduate of Kalamazoo College where she majored in Economics. She is an specialist in unique properties, relocations and distressed sales.

‘Inappropriate’ relationship does Rock in added by Brenda D on January 18, 2018
View all posts by Brenda D →