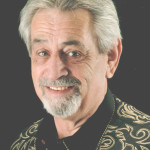 FOUST, Jerry Glynn; of Auburn Hills, Jerry has gone to be with the Lord on July 31, 2017 after an extended illness at the age of 68.  Jerry leaves behind his loving wife and best friend, Ginner Foust.  Jerry is preceded in death by his mother, Anna Malone, sister Anita Hill and son Billy Ray.  Jerry is survived by his dad and step mother Raymonda and Lucy Foust; son Jerry Lee and wife Shannon, son Jeff Foust, son Anthony Foust and step daughter Dani Marie Foust.; 2 granddaughters Brenna and McKenzie; 1 grandson Gage Mannin;  Also many friends and extended family; special friends Keith Dyer and BC Loy.  Jerry was a Musician.  He would hardly ever be seen without a guitar in his hands.  He wrote several songs.  Everywhere he went he played and sang.  He sang in church every Sunday, sang for the Veterans.  He really enjoyed making friends and was a loveable man.   Funeral service 12:30 pm Tuesday at the Lewis E. Wint & Son Funeral Home, Clarkston, where friends may visit 11:30 am until time of service.  Full military honors will follow at Great Lakes National Cemetery.  Online guestbookwww.wintfuneralhome.com