What is it Tennessee Ernie Ford sang about? Another day older and deeper in debt? Yeah, I’m pretty sure that’s it. When I think back to the year that was, 2017, I feel another year older (tons more gray in my beard) and deeper in debt (when something gets paid off, something else breaks that requires financing.)
This will be my last edition to the hallowed halls of Don’t-Rush-Medom, this year. As such, it will be a review of what we talked about in The Year of Our Lord, Two Thousand and Seventeen.
So, with out further eloquence, I give you 2017 ala Don’t Rush Me.

The single most read and commented column penned by yours truly this year was published May 24, with this headline: Hey, somebody! Get this to Bob Seger, STAT!
This was a lame attempted to get the Rock ‘n Roll Hall of Famer to come back to Clarkston to recreate a photo of him in front of The Clarkston News building, leaning up against an M-15 sign, downtown.
It was shared nearly 200 times and led to a second column about readers memories of Rockin’ Robert’s visit to C-town.

The most telling/personal column I wrote in 2017 was looking at the DNA analysis my younger sister Patricia had done. I know if I sent in my very own, special DNA, my numbers would be a wee bit different than my sisters, but I cannot believe it would be by much. Come on, we have the same parents. Here’s what I wrote on April 26 the DNA markers.
“99.3 percent European (I kinda’ figured that out by the amount of pasty white kin we have).
“Of that 99.3 percent Euro DNA. 96.3 percent is from Western Europe. Of that 96.3 percent, 71 percent of our DNA makeup is Irish & British; just under five percent French and German; four percent Scandinavian (thank you Viking marauders);
“Point one percent Ashkenazi Jewish (Eastern Europe); point four percent Sub-Saharan African; and point two percent East Asian & Native American (dang, not enough to get any funding from the Great White Father in Washington, DC).
“So, it is pretty accurate to call me a Cracker, Honky, Pale Face or Thrice Removed Eurotrash. Your choice. But, what I thought was REALLY interesting about the previously mentioned DNA test results was this little snippet about Neanderthal variants.
“My new book (yet to be written) will be titled, I, Neanderthal.
“Said, the report, ‘Neanderthals were ancient humans who interbred with modern humans before becoming extinct 40,000 years ago. This report tells you how much of your ancestry can be traced back to Neanderthals . . . You have 285 Neanderthal variants . . . you have more Neanderthal variants than 61 percent (of the tested population) . . . However, your Neanderthal ancestry accounts for less than 4% of your overall DNA.’”
The column was headlined, I guess all you chicks were right. I, Neanderthal. 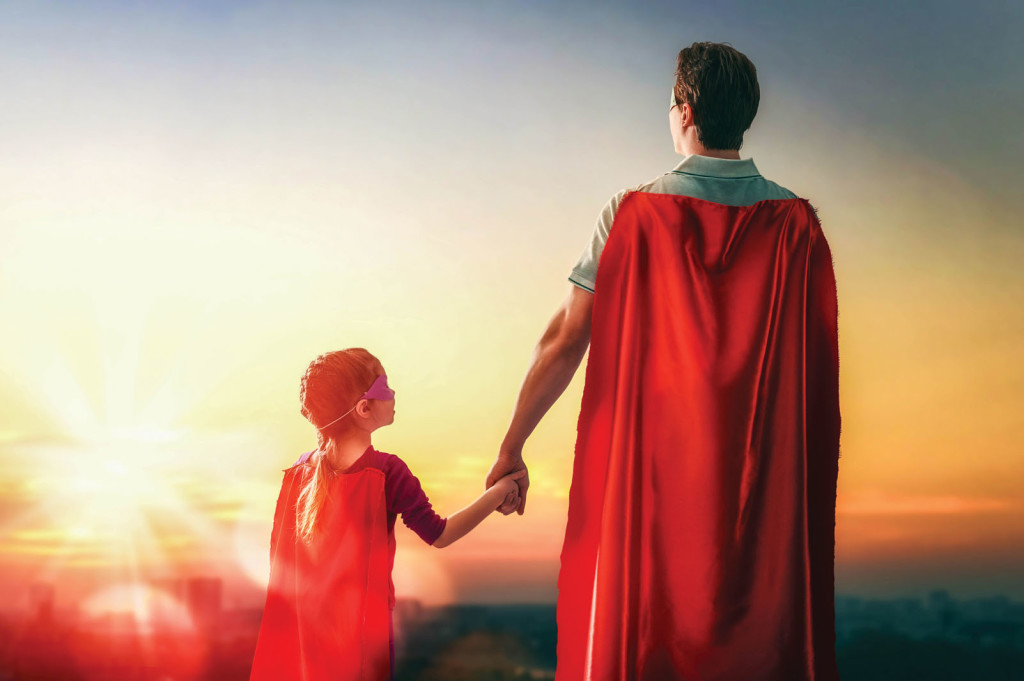 For some reason, a column I wrote for Father’s Day, headlined, So, it was Fathers Day. Yippity skippity, no biggie, drew the ire of a group of moms from Oxford. They didn’t send comments to me, they just shared their snarky comments about me amongst themselves. Unfortunately for the Angry Moms Club, they forgot in today’s electronic world nothing is secret. Word got to me, and wrote another column the week later headlined, So, what about fathers, Part Deux? to calm their hysterical lamenting.

By far the most fun column I wrote was from the beginning of 2017, published on Jan. 25. In this column I recreated what happened to me when I was getting my 10,000 steps a day in one evening in the little village of Goodrich. The headline tells story the night I was pulled over by the local law for walking, “Don Rush: Menace To Society (or, the terrorists have won).”

My favorite headlines of the 2017
Feb. 8: Googled Gaga and got Snagglepussed. A Super Bowl revisited
March 29: ‘Wolves Eat Christians’ (and other basketball things)
May 3: When readers write, I listen. (Nothing said here about actually reading what you write)
July 12: Don’s irrational fear of monkeys renewed
Aug. 16: Icky-poo! Yuckies on grocery carts
Oct. 11: Shhh! Your Fashion Guru is speaking.
Nov. 1: Don’s ‘special’ powers and in the 3rd person ta-boot

No use looking back any more. Readers, here is to a wonderful 2018. Keep reading and writing!
Til’ next year, Sayonara, Suckas!