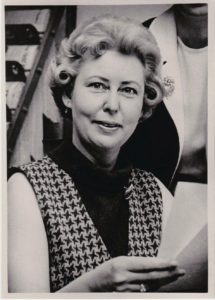 LYMAN, Marilyn F.; of Clarkston MI, (formerly Bloomfield Twp. and Clawson) January 13, 2020; age 94; preceded in death by husband George; mother of Claudia (Harvey) Sarkisian and George “Dave” Lyman; also survived by two grandchildren and several great grand-children as well as beloved nieces, nephew and cousin; preceded in death by sister Barbara Donovan. Marilyn was an accomplished author, starting in the mid-1970’s with the publishing of two books for Scholastic; she was employed at the Birmingham Eccentric newspaper for five years during the sixties as a news reporter and headline writer. Also during this time she was elected president of the Detroit Woman’s Writers Club. She wrote articles for  Seventeen magazine and for Ford Times magazine. She loved to spark the imaginations of schoolchildren with her creative writing classes. She enjoyed working on her current novel. She had many interests and creative outlets and loved a good joke. There will be a family memorial luncheon to be announced. In lieu of flowers, if you wish, please send a donation to a veterans charity of your choice. Arrangements entrusted to Lewis E. Wint & Son Funeral Home, Clarkston.  Online guestbook www.wintfuneralhome.com.

As a tribute to Marilyn please feel free to leave your favorite joke in the guestbook.