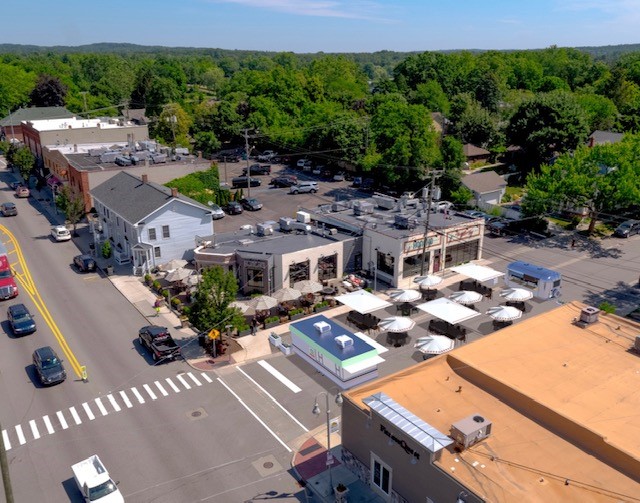 During last week’s Clarkston City Council meeting, local restauranteur Curt Catallo presented a two-part proposal designed to assist restaurants and other businesses in the city struggling due to the ongoing COVID-19 pandemic.
The Clarkston Planning Commission heard the proposal this past Monday night in an emergency virtual meeting and passed a motion to have the proposal on the agenda at the next city council meeting, which will be held July 27, if not sooner.
The first segment of Catallo’s proposal is to close East Church Street from Main Street to the alley behind Honcho, a restaurant Catallo owns. Under this proposal, Union Joints would be allowed to temporarily close the street and place restaurant seating there for Honcho on Main Street from Aug. 1 to Oct. 31, give or take a few days with the start date and end date.
“It’s fair to say everything that any independent restaurant has tried to do during this pandemic has been very time-sensitive,” Catallo said. “The fact you were able to call a special meeting to hear this proposal we shared with city council last week means a lot to us, regardless of the outcome. It’s a sign that you recognize how important these kinds of solutions are to the survival of our businesses and many businesses facing the kind of haggling we’re facing right now.
“By offering outdoor seating, these restaurants can really offer a more safe dining experience than you would indoors, regardless of how good we are about masks. If you look at the transmission rates of COVID outside, it’s a much different undertaking than if you eat inside. I think that’s one of the reasons these restaurants with diminished capacity are looking at patios. They recognize that it’s a better way to offer a sense of normalcy to everybody while understanding we have a fight on our hands.”

Catallo noted Parker’s Hilltop Brewery on Dixie Highway has erected a tent outside for customers and other restaurants are a little more casual about social distancing, but “we still take it very seriously.”
“We think that this opportunity to activate Church Street between Main Street and our alley is one way to extend what Honcho offers, but really make it a standalone,” Catallo said.
“What we’re proposing would be served by two trailers – Honcho A Go-Go, which would be on Main Street as a blockade, really, and would serve a limited menu, and our Barmadillo food service trailer, which would serve as a barrier on the alley side. Between the two of them, we would have tables set up and would really be an extension of our patio service.”
Rich Little, chair of the planning commission, said Catallo’s proposal has backing.
“We have talked to the fire chief, the police, area businesses, and various other folks, to talk about this proposal and in general, to ask how things are going,” said Little. “Most people we’ve talked to have been very supportive of this.”
The second part of the proposal is a “social district” that would encompass much of the downtown area. Under this proposal, patrons, with a few exceptions, would be allowed to freely move from one business to another, such as purchasing a drink at the Woodshop and walking over to Essence or Society to shop.
No streets would close, but the downtown area would be treated as one large business social district.
“We’re not acting as a consortium or as a spokesperson for other businesses. We’re just kind of throwing it out there to gauge interest,” Catallo said.
According to Clarkston City Manager Jonathan Smith in an email to the planning commission prior to Monday’s meeting, City Attorney Tom Ryan feels the social district proposal would be “a very large undertaking” and City Planner Carlisle-Wortman would be needed to help facilitate the project.
More than likely, the social district wouldn’t come to town until next summer as several aspects of this initiative will take some time to iron out the details, including parking.
The social district will continue to be discussed at future public meetings, but no action will be taken July 27.