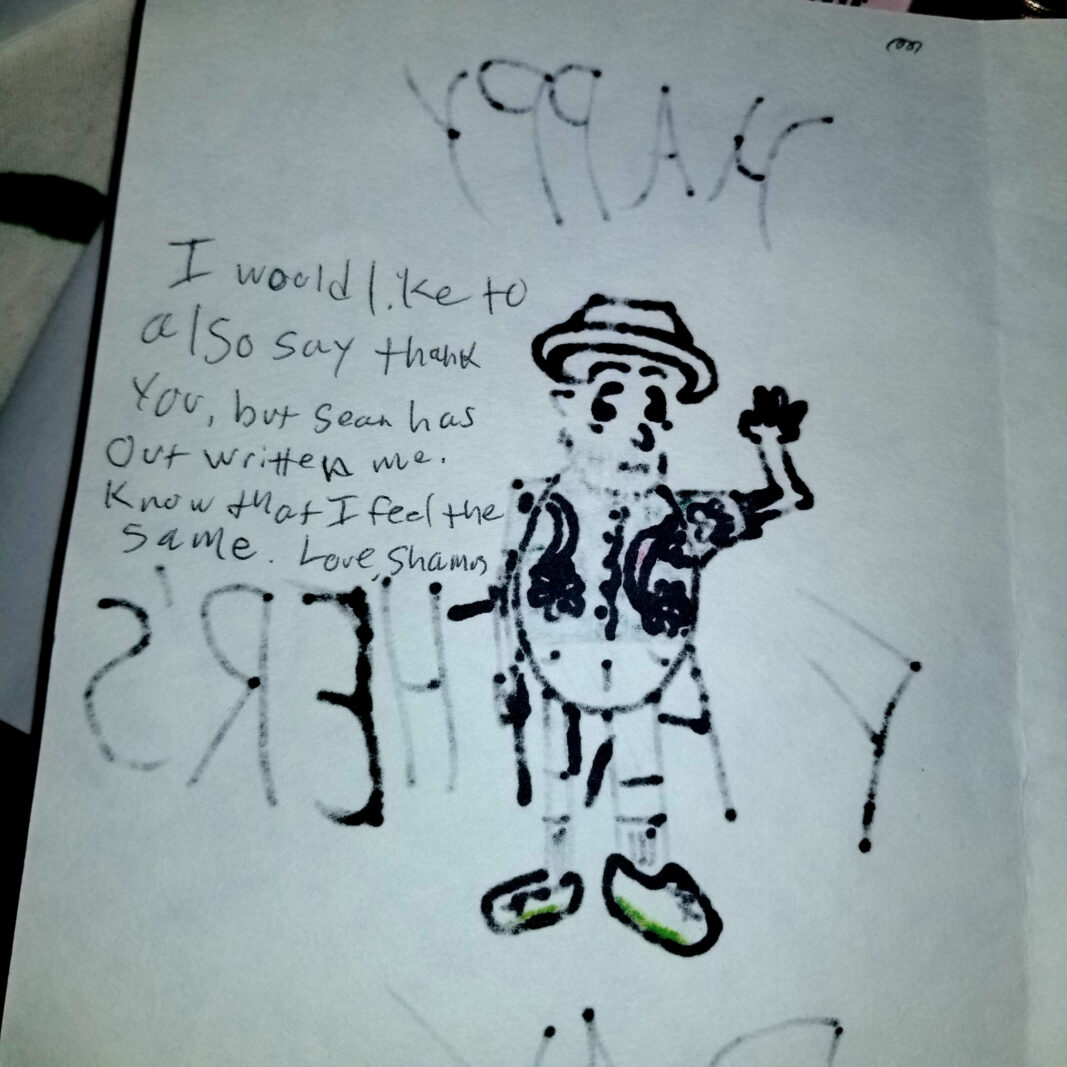 Happy mid-October everyone. Hope this column finds you well . . . beyond that. A few weeks ago I penned another Jim Dandy Don’t Rush Me column. Here’s a piece of it, so if you missed it, you’ll get the gist. (If you want to read it all, click HERE.)
“Social media, pop culture and the village raise our kids these days. But, deep, deep down inside their hairy chests, dads care. Dare I say, they cringe (albeit inside) when Junior comes home wearing black clothes, black lipstick, and black eyeshadow with loud piercings and tattoos. Not that there’s anything wrong with that look, I just bet dads cringe when first they see ‘the look.’”
And, as oft they do, a reader responded. Take it away, Natalie!

Hi Don,
My name is Natalie H. I read your recent column in the Clarkston News entitled “I think my evil plan worked” and would like to make some comments.
First of all, I will say as a disclaimer: I don’t know your family and your sons personally; I can only go off of how you described your family in this column, so forgive me if I am wrong in any of my assumptions.
That being said, I took issue with a few of your views expressed in the column; mainly your attempt to make your sons conform to certain norms of appearance. You stated yourself that just because someone dresses in a different style, for example goth, it does not mean that they cannot be a nice person. I agree with this, but you stated that you preferred that it would be “somebody else’s kid.”
My question is, why do you care? You know your sons’ characters and personalities. If you feel you’ve raised them to be kind people, why does anything else matter?
Additionally, again I don’t know your family (and as I understand it your sons are now grown, but still) from what you have described I would say that you’ve created an environment in which your sons may not feel comfortable coming to you about what’s on their mind, if it doesn’t conform to your ideas of ‘normal” and “socially acceptable.”
For example, let’s say they wanted to start dressing in goth style, or maybe start doing a new hobby or activity that you find unusual. They might be afraid to talk to you about it, or show you that they’ve made this change, thinking “I don’t want to truly express myself and my individuality in front of Dad, because he would be disappointed, or angry, or confused. He wants us to be ‘normal.’”
In my opinion, in a healthy child-parent relationship, the child should never worry that the parent will judge them, especially because of minor things like physical appearance. They should be comfortable to express themselves however they like, and be open with their parents to talk about anything, not fearing judgment or disappointment. The most important jobs for a parent are to keep the child safe, teach them proper morals, and give them space to be themselves and pursue whatever path they want, as long as they are not hurting themselves or anyone else.
Another key issue is that you seem to equate “proper physical appearance” with “having respect for yourself.” However, they are completely unrelated concepts. No matter what clothes a person wears, you can never tell how they feel inside, or what kind of person they are. You could meet someone who wears the nicest clothes and looks fine on the outside but in reality they do not care much about themselves or others, or vice versa. (To be more specific, you wrote “I wanted them to respect themselves and how they looked.” Respecting how you look does not mean you have to look a certain way.)
Thank you for reading and I hope you give these comments some thought.
Natalie
* * *
Thanks, for reading and writing, Natalie! I will try and give a little nuance, or insight into my thinking — versus just writing what I think (or thought).
Yup, my two boys are now fine young men. Both as well adjusted as anyone in their 20s can be. They both have thanked me for letting them follow their own paths, and always being there for them. Now, that’s out of the way. As a parent, I was never their friend. I was their dad. I didn’t hit and only yelled sparingly. I listened, spoke and listened some more. We shared a lot, we three.
And, as any parent will tell you, “life ain’t fair.” Nor is it nice. It can be wonderfully beautiful, with many acts of kindness, compassion and love. But, it is not easy. Life is messy. Parents also know the animal kingdom known as childhood is especially hard. Kids can be mean. Read Lord of the Flies to see what happens when kids rule.
Parents walk a fine line of letting their children’s imagination run free, while keeping their heads and feet planted firmly on the ground. Every father (and maybe mother) on the inside wants their kids to be “normals” knowing the opposite only makes their children’s lives much harder. No one wants their child picked on, taunted or bullied. You want them to follow their dreams, you don’t want them hurt.
I hope this helped, Natalie. Thanks for reading and caring enough to write back! 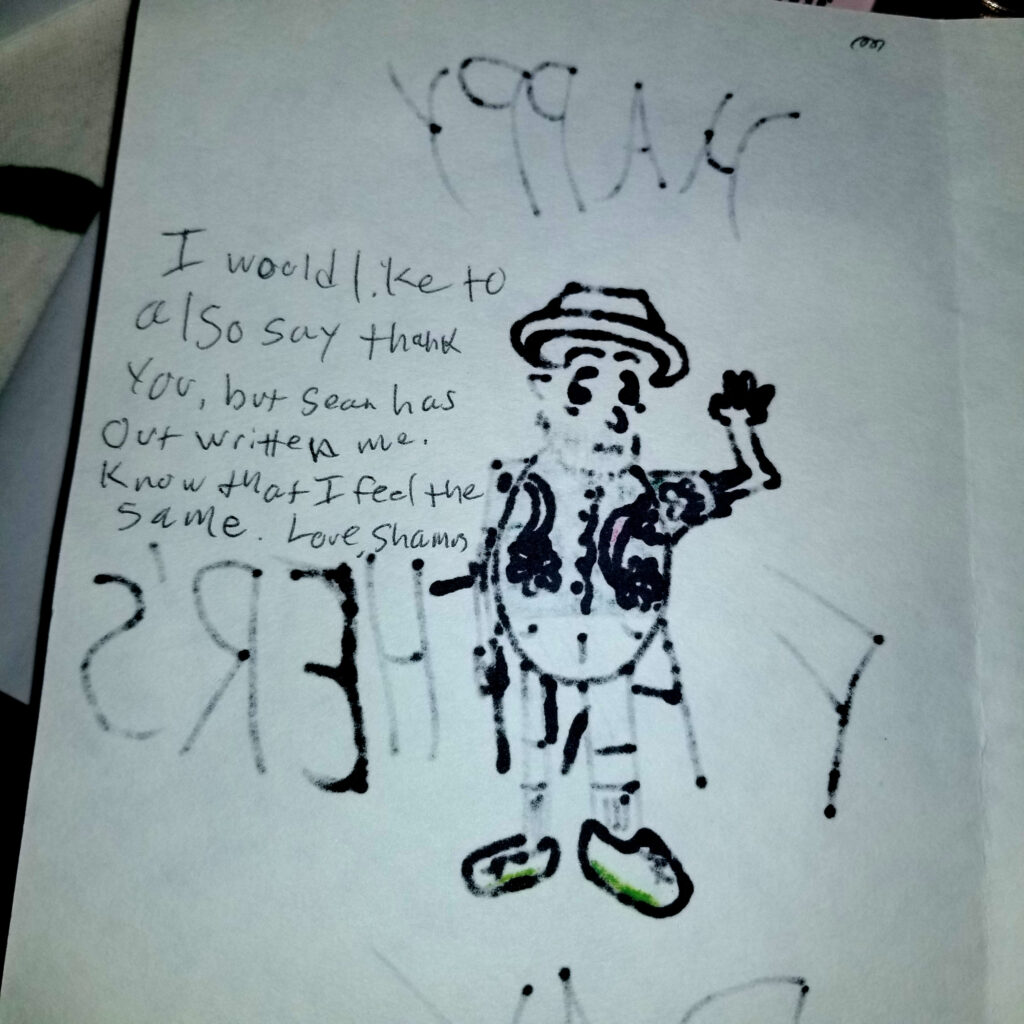 My Evil Plan gets reviewed by Natalie added by Don Rush on October 13, 2021
View all posts by Don Rush →