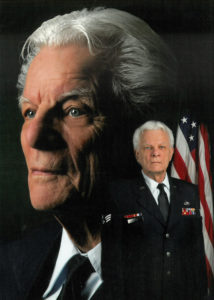 BRAUN, Neil E. of Clarkston; January 29, 2020; age 95.  Beloved husband of Phyllis Joyce (nee Rigdon) for 72 years; father of Heidi Braun Strong, Lisa (Joe) Duke and Erich (Alesia) Braun; grandfather of Justin Clark, Morgan (Chasse) Greene, Mac Strong, Kaylah Braun and Melissa Braun; great grandfather of Rigdon Shannon Greene; Neil was born in Detroit September 13, 1924 and was raised in Mount Clemens, Michigan. He is preceded in death by his parents Leo & Bertha, sister Nancy and granddaughter Shannon Nicole Clark.  Neil was a proud veteran of World War II where he served in the Army Air Corps. In the Pacific Theater he served with the 416th Nightfighter Sqd. Returning to the United States only to be recalled to Berlin for the Berlin Air Lift. Finally based at Selfridge AFB and finished his service at the rank of Sergeant, with multiple citations for his service in both the European and Pacific Theaters.  The Braun family moved to Clarkston in 1955 and preceded to make the little town their own. They were part of the arts community through the Clarkston Players, support of the Clarkston Conservatory, school system and the Republican Party.  In addition to acting and a career in Engineering, Neil was a dedicated wood worker. His interest in singing continued into his 90’s with weekly barbershop meetings and performances throughout the area with the Pontiac-Waterford Big Chief Chorus. Inurnment with Military Honors at Great Lakes National Cemetery in 2020. Online guestbook at www.wintfuneralhome.com