New supervisor in Springfield; no changes in Independence 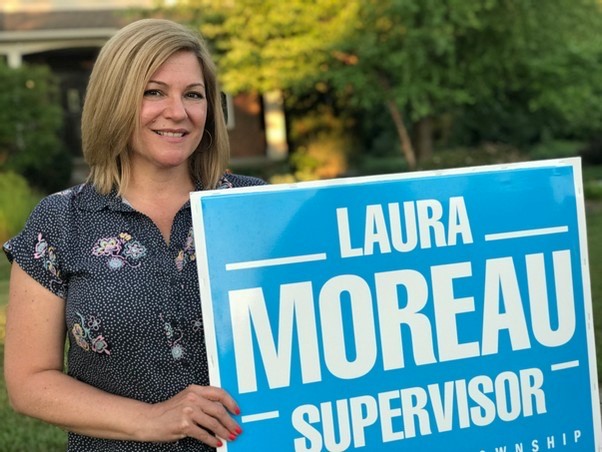 The results of the Aug. 4 Michigan State Primary Election pertaining to Independence Township and Springfield Township saw changes in Springfield and no changes in Independence.
There will be no changes to the Independence Township Board of Trustees after the primary election as Jose Aliaga (19%, 3,287 votes), Paul Brown (15%, 2,555 votes), Ronald Ritchie (15%, 2,497 votes), and Terri Nallamothu (14%, 2,362 votes) are all back.
Sam Moraco (14%, 2,319 votes), Heidi Warrington (12%, 2,107 votes), and Terry Whitney (10%, 1,745 votes) were not elected.
The Independence Township fire millage renewal also passed with 7,631 “yes” votes and 2,450 “no.”
According to Independence Township Clerk Cari Neubeck, 11,089 voters turned out to cast their vote – 38.42% of the 28,863 registered voters in the township. In the 2016 primary, 6,692 residents voted (24.39% of the then-27,439 registered voters).
“I would like to commend each and every candidate who signed up to run for township trustee,” said Independence Township Supervisor Pat Kittle. “Trying to conduct township business and evaluate projects that will benefit the entire community Is no small task. With 37,000 residents in our growing community, no matter what you do for the township as an elected official, it is impossible to keep everyone happy. I have nothing but the utmost respect for the seven candidates who stepped up to be part of the process and were willing to take the heat.”
In addition, 7,482 mail-in ballots were collected, up from 2,570 in 2016.
“I would also like to thank everyone who helped make this election a success,” Kittle said. “What most folks never see is the army of workers behind the scenes that make this happen – volunteers, election workers, township employees, merchants supplying food, and more.
“And a special shout-out goes to Cari Neubeck and her dedicated team of election professionals who put in countless hours orchestrating the thousands of details needed to run an election in these crazy COVID times. Here’s one that threw all of us for a loop. The week before the election, we had to shut Township Hall down for a few days due to a COVID scare – luckily everything came back negative – but Cari’s team selflessly came to the office every day to ensure resident needs were taken care of and process record numbers of absentee ballots. Now that’s dedication to your community.”
In Springfield Township, Laura Moreau (46%, 1,290 votes, pictured) is the new supervisor, defeating David Smith (30%, 832 votes) and Kevin Sclesky (24%, 659 votes).
Sean Miller is the new clerk, replacing Moreau, receiving 59% of the vote (1,576 votes). Michaela Bishop received 41% of the vote (1,099 votes).
Jamie L. Dubre ran unopposed for treasurer and received 2,390 votes.
Marc Cooper, Dave Hopper, Jason Pliska and Denny Valled remain trustees, receiving majority of the votes. Cooper received 1,879 votes; Hopper, 1,872; Pliska, 1,757; and Vallad, 1,762. Donna M. Lopez received 1,081 votes.