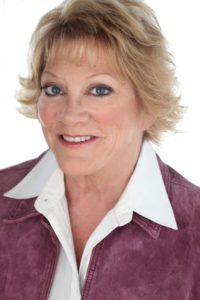 Jean Garringer of Independence Township makes her debut at the Village Players of Birmingham (BVP) in the farce “Moon Over Buffalo,” Sept. 6.
Garringer plays Edith, the hard-of-hearing but sharp-witted grandmother, in this fast-paced farce by Ken Ludwig.
Since moving to Michigan from California, Garringer has pursued her love of theatre by acting, directing, and producing for Clarkston Village Players and other theatre groups, and touring with professional children’s theatres and dinner theatre companies.
A California native, she received a BA in theatre at the University of Southern California. She also did a nine-week USO tour of Southeast Asia during the Vietnam War. She lives in Clarkston with her husband Greg, her son, Kevin, and their dog Lucky.
“Moon Over Buffalo” runs for three weekends at Birmingham Village Players, 34660 Woodward Avenue in Birmingham. Call 248-644-2075 or go to www.birminghamvillageplayers.com.