Planters are timeless tradition in Clarkston 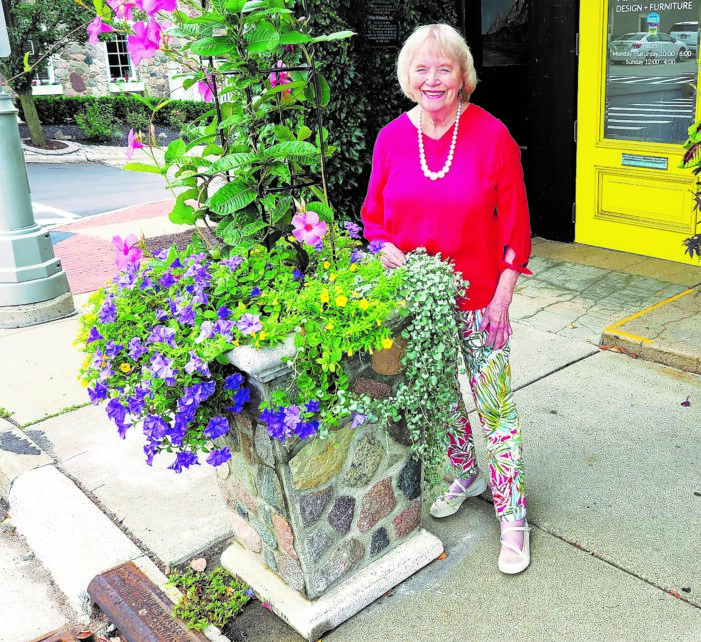 As summer wanes, the Clarkston downtown planters are still blooming and sharing their colors.
The Clarkston Farm and Garden Club members plant, water, and maintain the 27 planters 12 months a year.
The club originally started planting planters made of whiskey barrels in the late 1970s. Instead of a more uniform planting, the original planters were designed by each team. The whiskey barrels didn’t last as the straps would break due to weather.
Longtime member Mary Himburg saw the Birmingham, Mich., planters made of stone and brought the idea back to the club.
According to 2004 Planter Committee member Elena Forbes, the club originally purchased four planters to be placed at each corner of Washington and Main streets at Clarkston’s stop light. As businesses, families, and members saw the planters, they purchased an individual planter to honor or memorialize a loved one or family. Businesses were also overjoyed to see the planters in front of their businesses.
The members of the Clarkston Farm and Garden Club have carried water to these planters for over 40 years.
— Joette Kunse

PHOTO: Barb Trueman, a 32-year member of Clarkston Farm and Garden Club, tends the planters near Harrison’s on Main Street. One of the planters was purchased by the Trueman family in honor of Al Trueman, husband of Barb and father of three sons. Photo: Provided by Joette Kunse