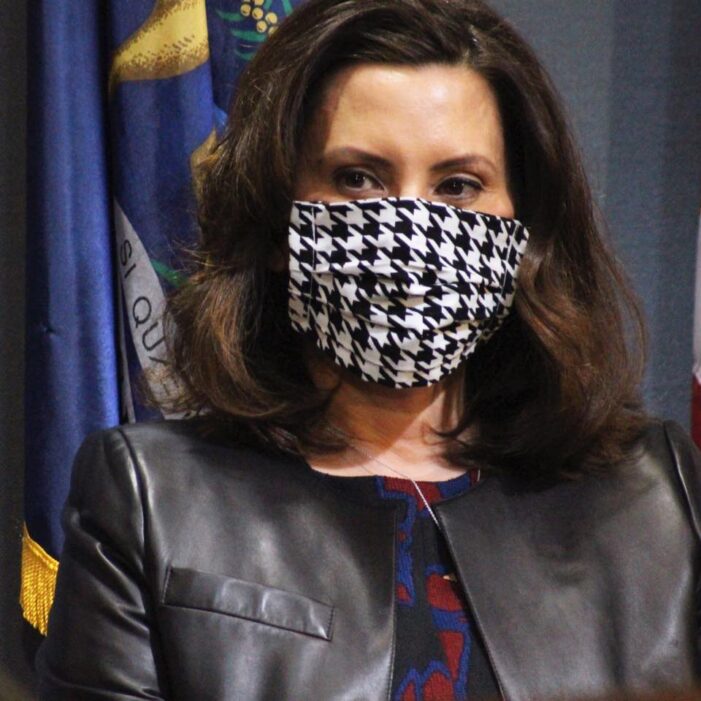 Last Friday, Governor Gretchen Whitmer issued a new face mask/covering order that requires all people in Michigan to wear a mask when in an indoor business or when in a crowded outdoor space.
Anyone found to be in violation of this order faces a $500 fine but no jail time, and businesses must refuse entry to those not wearing masks.
Exceptions to the order include children under 5, those that are dining at a restaurant, or those that are medically unable.
On The Clarkston News‘ Facebook page, readers were asked their thoughts on the new order set forth by the governor.
Here are some of the more than 200 comments received between July 10 and July 13:
“Sure wish she would have some sympathy for our nursing homes. Something is not right here folks. Thank goodness I help take care of my parents at home!” – Shauna Weaver
“Take your money to shops and stores that have your same beliefs.” – Steve Miller
“I wear mine but fear getting virus from those who don’t. Childish. God bless everyone.” – Pamela A. Matteson
“I don’t like wearing a mask, but it doesn’t seem like a big ask to wear one inside of a store.” – Jason Nolan
“Mask UP! Protect yourself & others!” – Sheila Goins Hughes
“Don’t tell me what I have to do with my body my health.” – Mike Wendorf
“A mask’s effectiveness or necessity is debatable, our freedoms are not. You’re free to wear a mask, you’re free to refuse me service – no problem – I won’t cuss you out or make a scene, But I’m just as free to say NO to the newest power trip. $500 fine? Put it on my tab…” – Ellen Nothhelfer
“Seriously, wear a mask! If you don’t want to, don’t go out! Remember when seatbelts weren’t the law? It’s the same thing. Let’s protect others as well as ourselves! Stop being so selfish!” – Melissa Meyer Voeltz
“Wear a mask or get fined. If that’s what it takes. If everyone did this, we probably wouldn’t be seeing the numbers go up! It’s a small sacrifice!” – Sheryl Buttrey Miller
“I certainly hope this helps, though I have a feeling that anyone who will abide by this was probably already wearing a mask in public anyway…” – Wendy Robbins
“It’s not happening for me and my family. An executive order is not a law, and it’s a legal quagmire for law enforcement to navigate the numerous executive orders that contradict one another. Sanilac County Sheriff has already stated that they will not be enforcing the order, and I’m sure others will follow.” – Cory Lewber
“Americans once understood liberty. Now they are conditioned to be blindly obedient. This virus poses a danger to mostly older persons with compromised health conditions. They must be protected. But ruining the economy is not the answer. They can be kept safe while society functions and the virus dies out sooner. The governors imposing draconian orders (decrees) are far leftists who hate Trump and who are willing to hurt America and our economy to hurt Trump. The left has ruined our schools over the past five decades, has sought “fundamentally transform” America (Obama’s words), has enabled a mob who is rampaging through our society, burning and destroying all that they deem unworthy, imposes a racist ideology based on fictionalized guilt, disarms law abiding Americans and has an insatiable desire to terminate children in the womb. The left is vile and has morphed into a domestic enemy to patriotic, law-abiding citizens. Other than that, the Michigan governor and her far left whacko leftist friends are just fine.” – Michael Scott Brumback
“I think if you don’t know anyone that has it or haven’t been scared by the truth of what this virus is doing to people you will not care but personally I know and I am all for the mask as well as anything else I need to do to help save lives.” – Jennifer Weber Hess
“I live in the Clarkston area and every time I go into a pharmacy or grocery store there are MANY people not masked. The businesses don’t feel like they have a say. Now they do.” – SamiAnna Stock
“I think she is a tyrant and is not operating by facts and science but by her own political agenda. She should be removed.” – Jennifer Demoff
“Personally I am worried. There are sometimes when you are out and with this excessive heat it is SO hard to breathe. There have been times where I have had to move my mask down to cool down cause I was over heated. (I try to do it where no one is around.) I feel bad for these outdoor workers who you physically see are overheated and sweat coming from their scalp and they are having a hard time to breathe. I just hope we don’t see in the news someone dies because they were so overheated.” – Robin Jessee