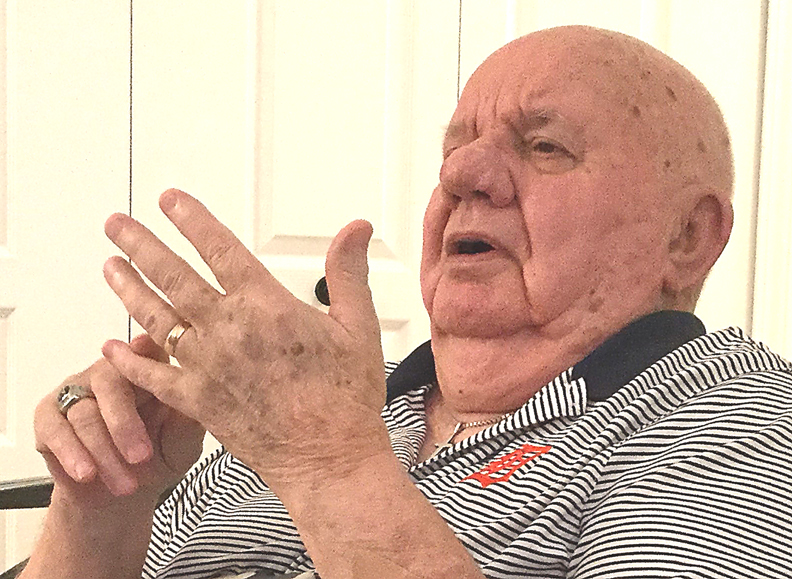 Mel Vaara talks in his Birmingham home about his love for the city of Clarkston. Photo by Matt Mackinder 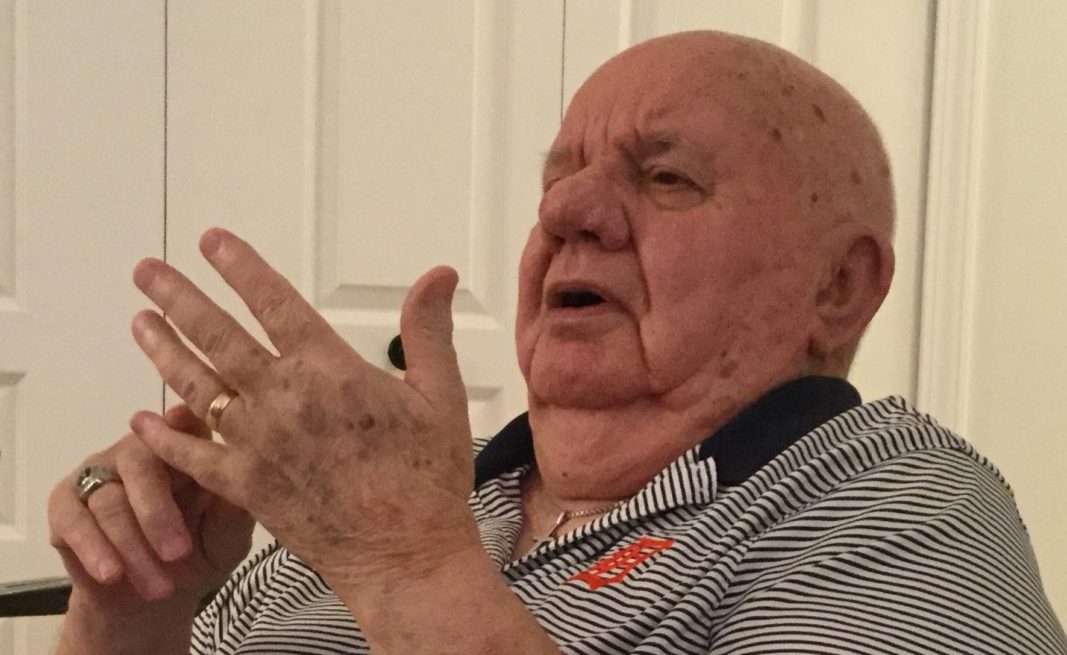 Mel Vaara talks in his Birmingham home about his love for the city of Clarkston. Photo by Matt Mackinder

The front page of The Clarkston News on Aug. 11, 1965 announced 25 new teachers were hired by Clarkston Schools. Mel's first ever reference in The Cnews is in the last column, top line, which read, "Mr. Mel Vaara;"

First in a series on a pillar of the community, Mel Vaara, as he remembers more than a half century of Clarkston history.

Mel Vaara is well-known in the Clarkston and surrounding communities.
Now 85 and living in Birmingham in an assisted living facility with Jo, his wife of 61 years, Vaara doesn’t walk or see as well as he once did, but he’ll talk at length on the city of Clarkston and his 50-plus years serving the community as an educator and administrator.
It all began for Vaara more than 60 years ago when he was offered $3,200 per year to leave his Upper Peninsula home to teach in the Clarkston School District.
“I had never been to Clarkston, didn’t know how to get there, didn’t know anything about it,” said Vaara. “I wanted to stay in the U.P. – that was my heritage.”
Eventually, Vaara found his way to Clarkston.
“(Former Clarkston Superintendent) Dr. Greene made me that offer, and I told him I had an offer at another school and turned and walked out the door,” Vaara said. “Well, Dr. Greene called me back and offered $3,500, and I jumped at it. The day before Labor Day, I packed up my 1949 Chevrolet and left for Clarkston, got as far as St. Ignace. In those days, there was no I-75 or Mackinac Bridge, so you had to take the ferry across.
“When I got to Clarkston, I couldn’t believe the city, lots of impressive, mammoth homes. I was also the first male teacher here and some mothers would stay in the classroom with their children. Once they saw that I was here to teach their children and they weren’t so insecure, they stopped staying in the classroom. The kids were immensely excited to have a man teacher. I had 32 students in that first class. Some became lawyers, some did other things, but no one really outstanding. I think they were all excited to be in my class, though.”

Vaara began teaching at Clarkston Junior High School.
Terry Thomas, a former math teacher at CJHS who also played Major League Baseball for the Chicago White Sox, quickly befriended Vaara.
“He had me sit by him in the cafeteria and said, ‘Look, here are the pluses and minuses,’” said Vaara. “I’ll never forget Terry Thomas, who has since passed away. He introduced himself and introduced me to so many people. He took me to Clarkston El and I met his staff there.”
Vaara also said that when he arrived in Clarkston, there were “lots of single girls.” He met Jo shortly after arriving in town.
“Dr. Greene gave me an address of where I could live, and my wife was a couple doors down,” said Vaara. “She was a second-grade teacher at Clarkston El and there was a disagreement about who was going to be on playground duty and who wasn’t going to be. Jo said she didn’t think the principal should be out there but that the teachers should, split the duty. The teachers were upset with Jo speaking up for the principal and she walked over and leaned against the door as my kids were coming in and said, ‘Are you mad at me, too?’ And I said, ‘What would I be mad about?’ I said I would do what I had to do but didn’t want to engage in the playground hassle.
“The following week, I went to church. I had just bought a new, red and white 1956 Chevrolet, a gorgeous car. I went by Jo, who was walking with a couple gals, and asked her if she wanted to go for a ride. She said, ‘Nah, not really interested.’ So after a few days, she said she could go for a ride. We went up to Michigan State and had lunch and went to the movies together.”

They arrived back in Clarkston later that evening.
“That’s where our romance started,” said Vaara. “Now, it’s been 61 years, and the first 59 were great. My behavior is not the best any more with my Parkinson’s. I can’t walk and I have trouble getting in the car. My eyesight is pretty bad; I’m pretty much blind. Can’t drive any more. A friend of mine just passed away from Parkinson’s, and I’ve been all over the state of Michigan (getting treatment), including Ann Arbor. I think it’s affecting my speech. I don’t annunciate as good as I used to, and I don’t talk loudly enough.”
“But we’ve both been so blessed,” added Jo.
Check back next week for the next feature in our series recognizing Mel Vaara.