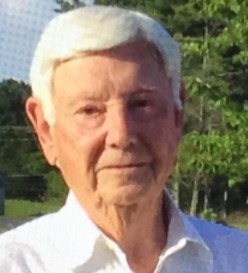 Robert Eugene Lussier, born in Pontiac, MI on Aug. 25, 1928 to Frank and Thelma (Green) Lussier, passed away at the age of 90 on May 12, 2019 in Nebraska. He is survived by his second wife Jane (Hartford) Lussier, children Jean Lussier, Kurt (Karen) Lussier, Renee (Mark) McClelland, Sabrina (Steve) McKinnon, Katrina (Tony) Krul, 10 grandchildren, 6 great-grandchildren, 4 stepchildren, 10 step-grandchildren, and sister Barbara (Coe) Houck. He was preceded in death by his mother, stepfather Jackson T. Coe, his first wife and mother of his children Norma (Geror) Lussier, and stepson Daniel Hadley.

Bob was a graduate of Pontiac High School and Michigan State College (currently MSU). In 1951, he became a fighter pilot with the United States Air Force during the Korean War and served until 1955. He received the Air Medal from President Dwight D. Eisenhower for his skill and bravery in gliding an F-86 Sabre jet to a distance record-breaking safe landing after experiencing total engine failure. He was in charge of Advanced Engine Design at General Motors Pontiac Motor Division when he retired in 1988. Bob was an avid storyteller, sailor, golfer, and made fast friends wherever he went due to his kindness, compassion, sincere interest in others and sense of humor.

The family is full of gratitude and praises God for blessing us with such a wonderful husband, father, grandfather, brother and friend to many.

A private funeral service will be held at a future date. Interment will be at Ottawa Park Cemetery, Clarkston, Michigan.

Memorials may be made to the Alzheimer’s Association or to Emerald Court, 315 W. 33rd St., Scottsbluff, NE 69361 for their attentive and loving care during his final time on this earth.