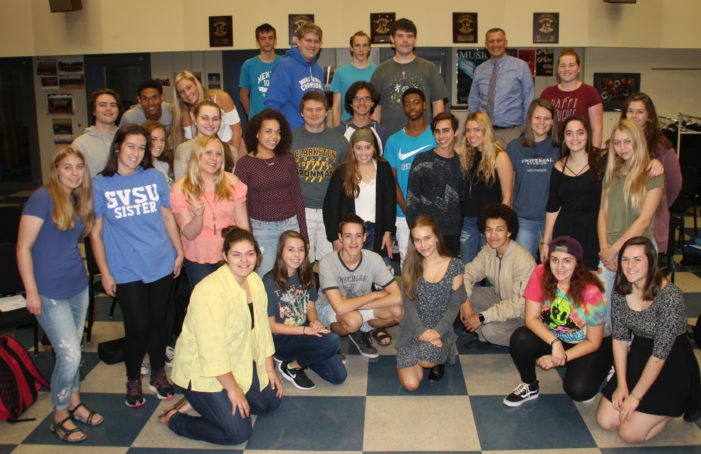 BY JESSICA STEELEY
Clarkston News Staff Writer
Clarkston Choir Boosters hosts their first mattress fundraiser this year on Sunday, Oct. 8, 10 a.m. to 5 p.m., to help raise money for the choir’s trip to New York City.
“Every two, sometimes every three years I go to New York City with the students,” Choir Director Mike Peterson said. “We usually go see a Broadway show, we do some workshops with Broadway singers and dancers. This time we’re actually doing a performance in Carnegie Hall. It’s kind of a large ensemble, people from all over the nation will gather together and perform.”
Peterson said the fundraiser is open to all and is in the high school cafeteria. A company will bring in different sizes and brands of mattresses to sell and a percentage of every mattress sold goes to the choir.
“They supply all of the materials, flyers, yard signs, posters for us to get it out. Then, we’re just looking for what avenues to get the word out to the community,” Clarkston Choir Boosters President Lynn Neideck said.
Choir students are prepared to help with this fundraiser, as well as others, to make the New York trip more affordable.
“I definitely 100 percent want to go. I’m pretty sure I’m going to go and I’m going to try really hard at the mattress sale and other fundraisers to raise enough money so other people can go,” junior Ben Neideck said.
Depending on how many students go, Peterson said the trip will cost between $1,500 and $1,700 per person.
“I’m excited to raise some money for our program,” senior Ronnie Plantus said. “I’m probably going to help all day.”
Senior Jordyn Rumbold plans to help as well. All three students have been in choir since sixth grade and are in the Madrigal Choir, Clarkston’s top choir.
“Since sixth grade I was listening to Madrigals and Detroit Voice and I wanted to be in both. Just listening to the Madrigals as a little kid, being able to look up to people that do the same thing that you want to do, was really inspiring,” Neideck said.
Plantus wanted to be part of the Madrigals since first seeing them perform when she was in middle school.
“That’s been my dream to be able to be in it instead of just watching it,” she added. “It feels really good to be a Madrigal – that’s all I can say about it. It feels like everything you worked for just paid off.”
“When you’re in it, it’s just really fun because everyone’s like really close and nice to each other,” Rumbold said of being a Madrigal.
Though music is mainly a hobby for the three students, rather than a career choice, they all agree it’ll be a part of the rest of their lives.
For more information on the fundraiser and Clarkston Choir Boosters, check out their website at ccboinfo.wordpress.com