Sherlock on the case at Depot Theatre 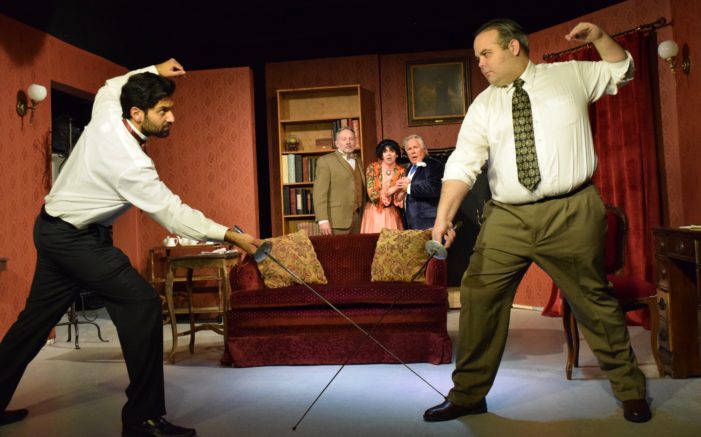 Legendary sleuth Sherlock Holmes takes on his nemesis Professor Moriarity in Clarkston Village Players’ “Sherlock Holmes and the Case of the Jersey Lily,” opening next Friday.
In the play by Katie Forgette, presented by special arrangement with Playscripts, Inc., British playwright Oscar Wilde brings his dear friend and world acclaimed actress Lillie Langtry to Baker Street to seek the assistance of the famous detective.
Someone has stolen the highly intimate letters Lillie exchanged with the Prince of Wales, and now she is being blackmailed. Homes’ assistant, Dr. Watson, falls head-over-heels for the Jersey Lily, while the wicked Moriarity attempts to bring the Crown and Holmes to their knees.
Directed by Jim Pike with assistant director and producer Sara Sanger, the show runs from March 6-8, 13-15, and 19-21 at Depot Theatre, 4861 White Lake Road. Admission is $17 for evening shows, $15 for matinees. Call 248-425-5842 for tickets.