Some Irish jokes to lighten things up 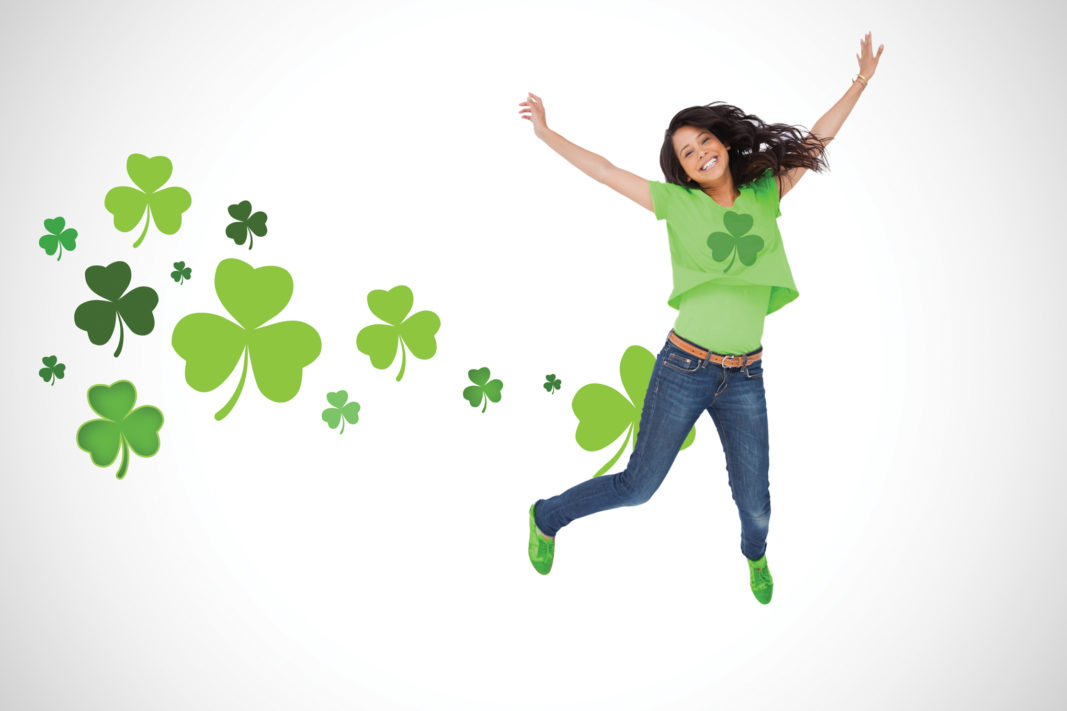 I know this country is divided. And, I know there is a small group who like to yell and scream and make others miserable. Heck, it’s an election year. So, to combat coronavirus madness and general negativity, I will try to spread some magical fairy dust this week. Think about it, March is a time when folks start to think spring in Michigan may actually arrive. It’s also a time car dealerships and furniture stores have Irish-themed sales. There’s still snow on the ground. The air is still cold and, wouldn’t you know it, St. Patrick’s Day is here.
To help all you of non-Irish descent let me say this: Green beer is for wanna-bees. Don’t drink green beer. And, while you’re sippin’ your pint, here’s a few jokes your can share with the lads.

* * *
An Irishman fell a hundred feet from a building site and asked if he was hurt by the fall. “Indeed not,” he replied, “It wasn’t the fall that hurt me at all, it was the sudden stop.”
* * *
Murphy said to his daughter, “I want you home by eleven o’clock.”
She said, “But Father, I’m no longer a child!”
He said, “I know, that’s why I want you home by eleven.”
* * *
Murphy told Quinn that his wife was driving him to drink. Quinn thinks he’s very lucky because his own wife makes him walk.
* * *
A Texan rancher comes to Ireland and meets a Kerry farmer. The Texan says : “Takes me a whole goddam day to drive from one side of my ranch to the other.” The Kerry farmer says: “Ah sure, I know, sir. We have tractors like that over here, too.”
* * *
O’Connell was staggering home with a small bottle in his back pocket when he slipped and fell heavily. Struggling to his feet, he felt something wet running down his leg. “Please, God,” he implored, “let it be blood!”
* * *
Padraic Flaherty came home drunk every evening toward ten. Now, the Missus was never too happy about it, either. So one night she hides in the cemetery and figures to scare the beejeezus out of him. As poor Pat wanders by, up from behind a tombstone she jumps in a red devil costume screaming, “Padraic Sean Flaherty, sure and ya’ don’t give up your drinkin’ and it’s to hell I’ll take ye’.” Pat, undaunted, staggered back and demanded, “Who the hell ARE you?” Too that the Missus replied, “I’m the divil, ya’ damned old fool.” To which Flaherty remarked, “Damned glad to meet you sir, I’m married to yer sister.”
* * *
His wife had been killed in an accident and the police were questioning Finnegan. “Did she say anything before she died?” asked the sergeant. “She spoke without interruption for about 40 years,” said the Irishman.
* * *

Pat and Mike had been drinking buddies and friends for years. After having a few drinks in a bar, Mike said to Pat, “We have been friends for years and years and if I should die before you do, would you do me a favor? Get the best bottle of Irish whiskey you can find and pour it over my grave.” Pat replied, “I would be glad to do that for you my old friend. But would you mind if I passed it through my bladder first?”
* * *
And, I’ll leave ye with a Irish Saint Patrick’s Day Toast . . .
Saint Patrick was a gentleman,
Who through strategy and stealth,
Drove all the snakes from Ireland,
Here’s a toasting to his health.
But not too many toastings
Lest you lose yourself and then Forget the good Saint Patrick — And see all those snakes again.
Email comments to DontRushDon@gmail.com

Some Irish jokes to lighten things up added by Don Rush on March 11, 2020
View all posts by Don Rush →