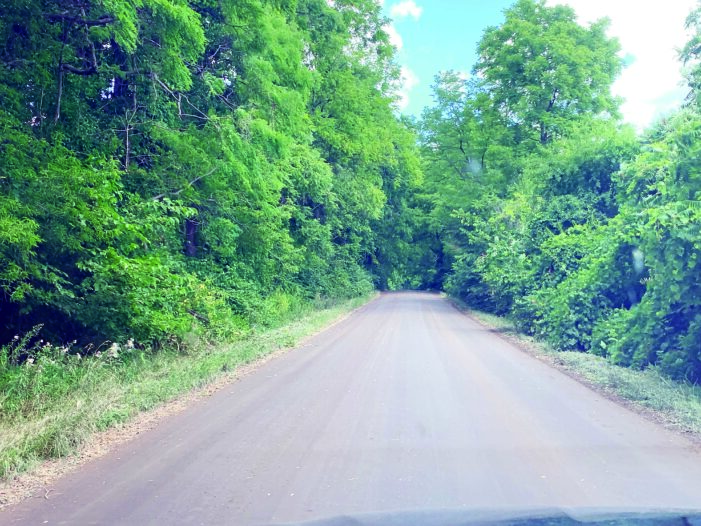 According to one Independence Township resident, Pine Knob Road south of Clarkston Road is dangerous and action must be taken immediately.
At the July 19 regular meeting of the Township Board of Trustees, Isabel Gugyela addressed the board.
“I live on Pine Knob Road, a dirt road, and my taxes are $3,000,” said Gugyela. “We have nothing – a speed limit of 60 miles an hour. No stop signs, no speed signs, nothing. That’s why I’m here. I want to see what you guys have to say.”
“County gravel roads (speed limits) are dictated by the state,” responded Trustee Terri Nallamothu.
The Clarkston News later confirmed with the Road Commission for Oakland County this is indeed the case.
“I did some research and as I suspected, this is a case where the speed limit is set in accordance with state law,” said RCOC Senior Communications Manager Craig Bryson. “It is not an arbitrary decision on our part and we don’t really have any leeway within the law.”
Gugyela was not satisfied with Nallamothu’s answer.
“That can’t be changed in any way, when we have children?” said Gugyela.
“I think some attempts have made to change that legislatively because they’ve stopped local governments from having the right to do that,” added Trustee Paul Brown. “Those are what I think used to be 25 miles an hour, but the state changed things and those gravel roads are all 50 or 55 now. There have been efforts to change that.”
Gugyela answered back that “somebody’s got to do something before a child gets killed.”
Gugyela, who noted she has lived on Pine Knob Road for six years, said “this has been going on for years and years and years.”
“I’ve heard from everybody what goes on and when a child gets killed, it’s not going to be the person that hit them,” said Gugyela. “It’s gonna be you guys because you don’t do something about it.”
Township Supervisor Gerald Fisher noted there is a process for change that includes the road commission doing studies on roads.
“We’ve had the road commission out several times but nothing is happening,” Gugyela said. “So do we have to shut down the road? Because we will. I’m sorry, but you know what? That’s the way it goes.”
Former Township Supervisor Pat Kittle then took the podium and said, prior to his retirement last year, a committee was put together with the Oakland County Sheriff’s Department, RCOC, and local community members to try and get control back to local governments.
“I don’t know what happened to that standing committee upon my departure,” Kittle said. “I do not know the status of that. Might be worth it to resurrect that committee.”