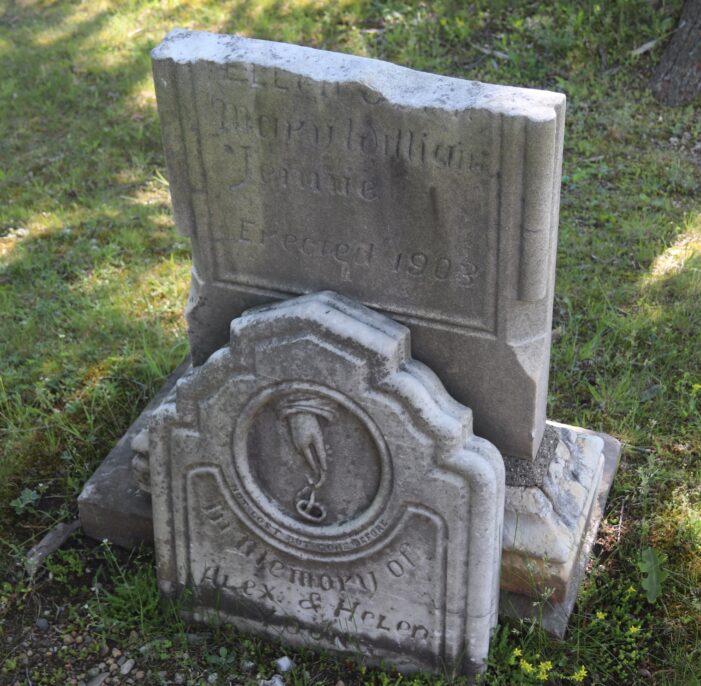 By Pat Kittle, Supervisor You’ve all seen it at the corner of White Lake and Dixie Highway, but did you know it’s been there for over 170 years.  After being inspired by a site visit coordinated by Joette Kunse, the Township will be partnering with the Daughters of the American Revolution (DAR) to develop a […]

By Phil Custodio Sheriff’s Detectives from the Independence Township Substation and Detectives from the Sheriff’s Special Investigation Unit investigate the crash scene at the gate to Lakeview Cemetery, 6:45 p.m., Saturday, where two jewelry store robbery suspects were rammed by one of their victims. According to police, two men entered the Clarkston Jewelry Outlet in […]