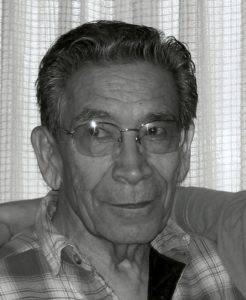 Takao Kojima, a lifelong resident of the Clarkston/Waterford, has died of natural causes at age 96.
He was the last of five siblings and one of the dwindling number of Americans rightfully described as the Greatest Generation. Though he seldom talked of it, Takao’s personal story was both remarkable and heroic.
One of 11 graduates in the class of 1938 at what was then called the Waterford School, Takao was the son of a Japanese American father and German American mother on the eve of America’s entry into the war against the Axis powers of Germany and Japan.
After the attack on Pearl Harbor in 1941, Americans with Takao’s heritage were banned from military service, and many in the western states confined to internment camps. But when the ban was lifted, he joined the Army’s 100 Infantry (Nisei) Battalion, and by 1944 was engaged in prolonged combat against Axis troops in southern Europe.
Serving as a sniper in the 100th and the 442nd Regimental Combat Team, Takao participated in campaigns in the Northern Apennines, Po Valley, and Rhineland. His commendations included three bronze battle stars and a Distinguished Unit Badge with two clusters. Along the way, he and his colleagues witnessed the demise of Italian dictator Benito Mussolini, who was assassinated in 1945 as his fascist regime collapsed and whose corpse was abused and hung upside down in a public square. Takao was honorably discharged in 1946 with the rank of PFC. A notation on his papers designated his ethnicity as “Jap.”
Experiences like that led to a lifetime of intense family loyalty among the Kojima siblings, according to niece, Corena Kojima Bell. Takao was preceded in death by his brothers Kuga (who also served in the Nisei battalion) and Jun, and sisters Tsuya and Johana. He was married for 44 years to Sylvia, nee Petersen, who died earlier this year. He is survived by numerous nieces and nephews, notably Jack Craven and his wife Jackie, who cared for Takao in his final months.
They describe him as a consistently quiet, unassuming and gentle man with a delightful sense of humor. After the war, Takao and his brothers developed a fiberglass boat and canoe building business in Waterford. Their “Glastocraft” vessels can still be sighted on local waterways. In retirement, Takao worked for many years as a volunteer at the Pontiac Jay Shop, constructing mobility units for the handicapped. He was also a longtime member and Sunday School teacher at United Methodist Church in Clarkston.
His family and loved ones will cherish his memory.
A memorial service will be held at Great Lakes National Cemetery at a near future date. Once a date/time is set, the information can be obtained at the Clarkston UMC.