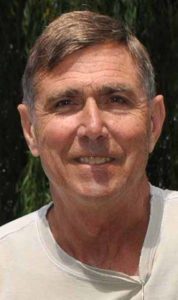 , passed away peacefully on April 4, 2020.  He was 75.
He was born November 11, 1944, in Detroit. He was a graduate of University of Detroit, School of Dentistry. He owned a private practice in Birmingham, MI, where he cared for so many wonderful families and made such lasting friendships. He served as a Captain during the Vietnam War in the U.S. Air Force. Tim was a devoted father and avid skier and sailor, racing in 26 Mackinac races. He is survived by his wife, Amy; his son, Todd; his daughters, Sydney and Claire; his step-sons, Craig and Andrew Miner; and his 4 grandchildren. He is preceded in death by his parents, Alfred and Marie; his sister, Aileen; his brother, David; and his daughter, Michelle Trainor.
There will be no formal services at this time. Arrangements entrusted to Lewis E. Wint & Son Funeral Home, Clarkston. Memorials may be made to the US Sailing Annual Scholarship Fund to give sailors the opportunity to learn and sail. Please leave a memory or condolence on Tim’s online guestbook at www.wintfuneralhome.com.