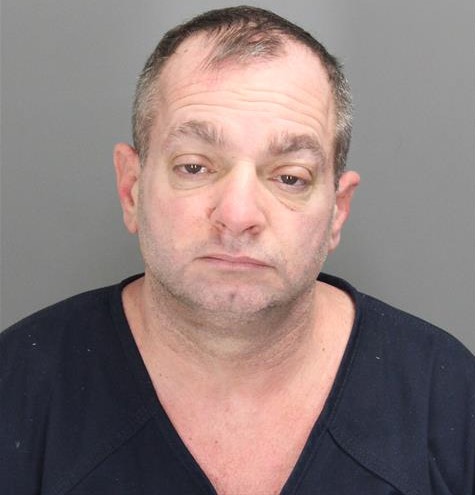 A 51-year-old Independence Township resident is behind bars, accused of murdering a 27-year-old Pontiac resident in the early-morning hours of Feb. 2.
Deputies, the Waterford Regional Fire Department and Star EMS responded to the 50 block of Oliver Street in Waterford on the report of two male subjects who had been stabbed, allegedly by Todd Alan Szyszkowski, of Independence Township.
The caller/victim, who had fled the scene, went to a nearby gas station to report the incident. An additional caller, a neighbor, reported a male subject had knocked on his door yelling for help.
Upon arrival, deputies looked through the windows and observed a male subject lying on the floor of the dining room. They made entry into the residence and found the severely lacerated victim lying in a pool of blood who was obviously deceased and beyond any help. He was later identified as Dustin Marion-Ray Little.
Paramedics from Star EMS provided telemetry to the attending physician at McLaren Oakland Hospital who declared the subject deceased.
Deputies located a second victim outside of the residence, a 59-year-old Pontiac man. He had severe lacerations to his head. The victim told deputies Szyszkowski came to his residence to purchase prescription narcotics and became enraged when he couldn’t get them.
Szyszkowski then grabbed a machete and attacked both victims with it. He also appeared to have attacked them with a steak knife. Paramedics from Star EMS rendered aid to the victim and transported him to McLaren Oakland Hospital for further treatment where he was listed in stable condition.
Deputies observed a trail of blood from the residence to the backyard of a residence located on Marquette Street leading them to Szyszkowski, where they found him lying on the lawn.
Paramedics from Star EMS responded to the scene and rendered aid as it appeared he was overdosing. Paramedics transported him to McLaren Oakland Hospital for additional treatment. Szyszkowski was taken into custody without incident.
On February 4, Szyszkowski was arraigned in front of the Honorable Judge Cynthia Walker at the Pontiac 50th District Court. Szyszkowski’s bond was denied. His next court date is scheduled for a hearing in front of the Honorable Judge Michael Martinez on February 16 at 1:30 p.m.
The preliminary exam hearing is scheduled for February 23 at 9 a.m.
Szyszkowski is charged with first-degree murder, assault with intent to commit murder, and armed robbery. All are felonies that carry life sentences, if convicted.
Szyszkowski has an extensive criminal history dating back to 1993. At the time of his arrest, he also had two outstanding felony warrants, one out of Waterford Township for assault with intent to do great bodily harm less than murder and one out of Oakland County Sheriff’s Office for felony home invasion.