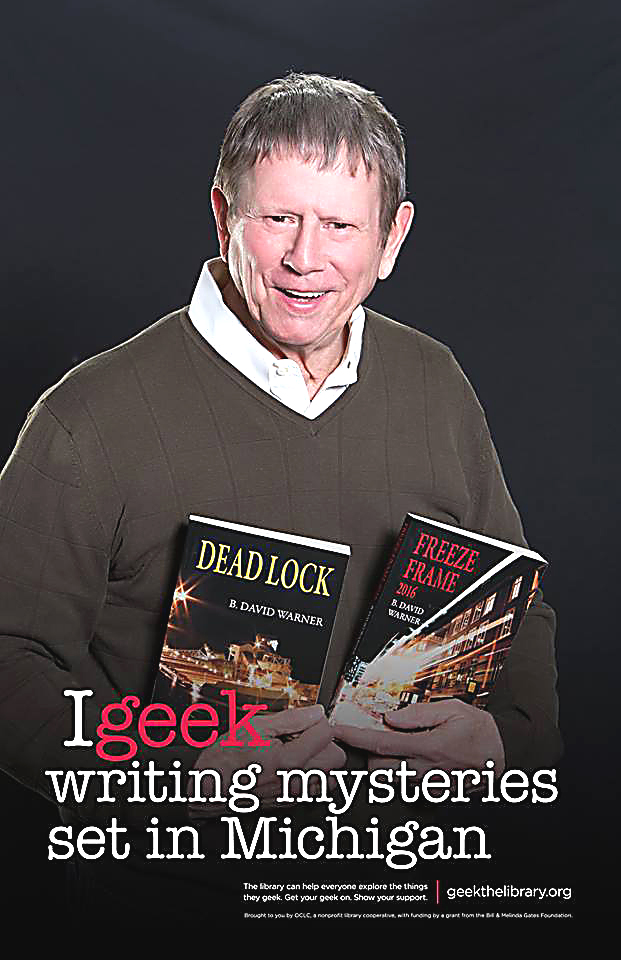 Local mystery/thriller author B. David Warner passed away earlier this year at the age of 77
Mr. Warner lived in Independence Township in the vicinity of Walters Lake. He was born on August 6, 1943 to Ruth and Dr. Bernard Warner. He passed away on April 3, 2021.
His two novels, Freeze Frame and Dead Lock are in the Clarkston Independence District Library and are thrillers that take place in Michigan.
According to his family he was always the jokester, he loved recounting stories of teasing his younger siblings, Tim Warner, Gayle Thompson, and Meg Moore. As he matured so did his antics but he always kept his sense of humor. He never ran out of victims to ask if they could feel the heat coming off their ice cream. Many an ice cream will now be eaten sadly instead of thrown in the trash by Dave’s kids, Margi Warner, and Andi and JP Hernandez. He loved reading Captain Underpants to his grandkids, Dominic, Clark, and Marli and we’ll keep the tradition going with Nora and Luke. For his adopted granddaughter, Laura, Grandpa David was the first extended family member to make her feel like family.
Mr. Warner graduated from Michigan State University with a degree in journalism/advertising. His career was in writing advertising copy. While his work garnered awards in such faraway places as New York and Los Angeles, he was hesitant at first to admit any connection with the advertising industry. Instead, he was known to say, “I told people I stole cars.”
He was preceded in death by his mother and father and his beloved wife Marlene. A memorial service is at Christ Lutheran Church in Waterford on Sunday, July 18, at 12:30 p.m. with a viewing starting at 11:30 a.m. A memorial fund has been established. Address donations to Andi Hernandez, 2275 N. Acacia Way, Buckeye, AZ 85396.