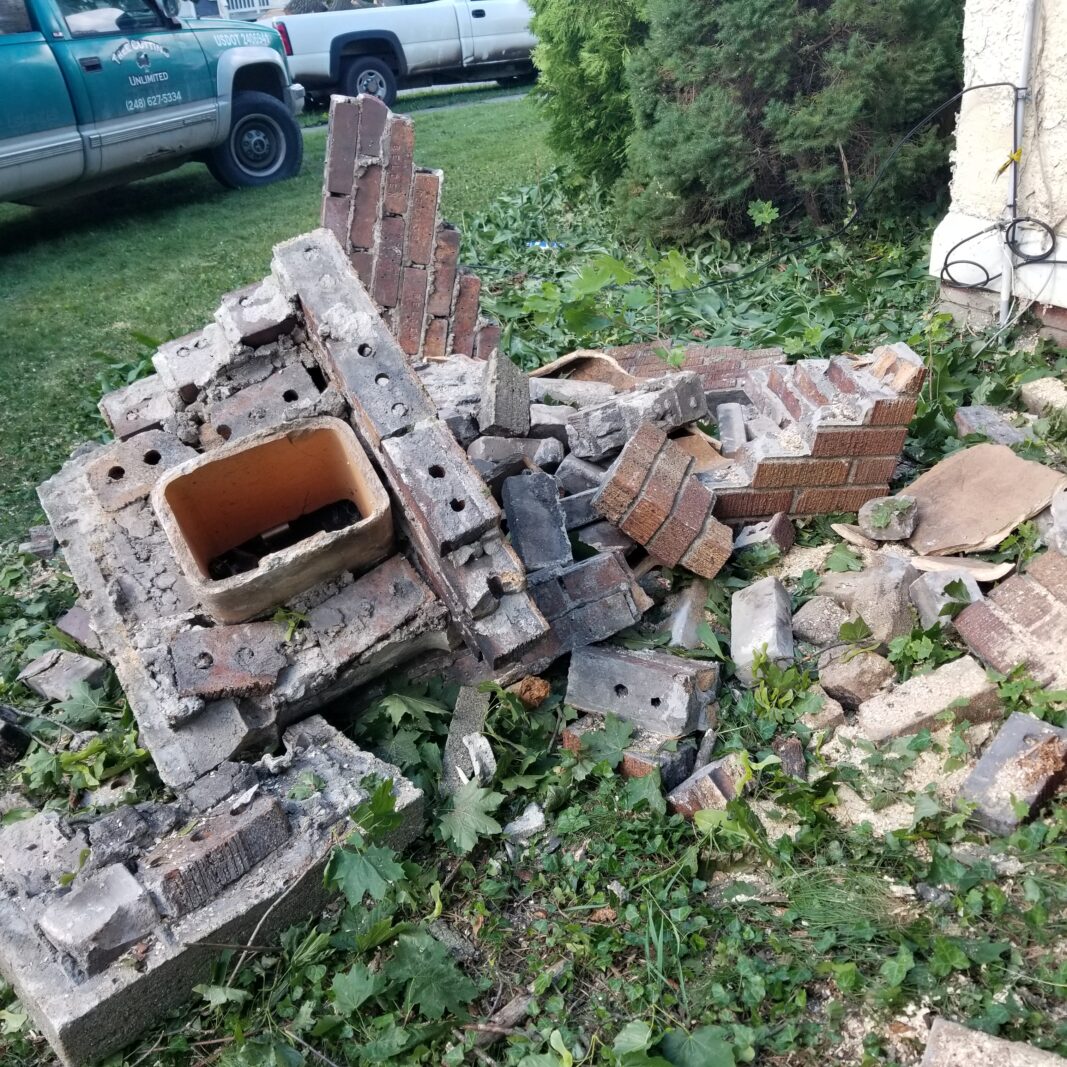 You know, I really hate it when so-called “friends” mockingly remind you of what you should have done to prevent some catastrophe or another from happening. Yup, not a fan of the old’ wink-wink, “you know if only you woulda’ (fill in the blank), you woulda’ gotten away scot-free without a scratch.”
Whatever . . .
So, it happened the other day — Tuesday, June 29, 2021, a day which will live in infamy (at least iin my mind). At about 2 p.m., I got an unexpected phone call from my neighbor, Kathy K. “Ah . . . neighbor . . . you need to come home. A storm blew through town, and, well you just need to come home.” Click.
That wasn’t too ominous sounding, so I headed to the little yellow house on the hill. Some call it the Alamo, I just lovingly refer to it as This Crappy Old House . . . Upon arriving at Casa D’Rush, I didn’t see much of Casa D’Rush — it was covered in a green shroud of maple leaves.
Smackin’ Frackin’ Blizin’ Rizin’ and a couple of “#@$%&!!s” later it was time to survey the damage. I had a buddy, Jeff P, over to help look things over and as I walked over to the front of the house to look at where the big, old maple had fallen he yelled at me.
Some nerve! My house just got killed, and he actually yelled at me. “Don! Stop! The power line is on the ground in front of you.”
Oh.
“Good catch, Jeff.”

So, we walked around the back of the house, and then up the west side to look at what Mother Nature had whipped up for me to see. Ah, yeah. It wasn’t pretty. And, then the neighbors who had inititially alerted me came out to tell us what had happened.
Kathy and Mike are pretty awesome neighbors, I have to admit. They watched a wicked storm roll in from the south west, behind our homes.
“We watched it move, like a curtain,” Mike said. “All the trees down there were bent over by the wind.”
When the wind and rain stormed up from behind our houses, they hightailed it to their basement to take shelter. When they got down there they heard a couple of big booms and bangs. After a few minutes they ventured up stairs and outside and then they called me.
I may have uttered a few more colorful metaphors as I listened to their story and took in one of the two old maple trees, snapped in half about eight feet up off the ground, smashed into the side of my home.

Up about 20 feet, where the brick chimney used to be was a branch. The chimney bricks were on the ground with much of that darned-big tree. Oh boy. Some straight line winds really did a good job of making a mess. We heard what we thought was the popping of a power line from somewhere near my home, so I was instructed not to go in the home and to call my insurance agents.
Greg Clay, from Curtis Insurance in Oxford, was quick to tell me to call the utilities to get the power cut off, take a lot of pictures and then to get someone over to clean up the tree. Consumers Energy called, check. Pictures taken, check, check. Finding a tree guy was a toughy. First guy came the next morning and said, “No. You’re gonna’ need a company with a crane to lift that tree up and off.” Second dude, “Nope. Not gonna’ touch it.” Third guy was too busy. I asked my boss, Jim Sherman, who his tree guy was. He said, “Fred,” and gave me his phone number.

All hail Fred The Tree Dude! After we talked on the phone, it only took Fred and his grandson about an hour to take in the situation. He stroked his stubbly chin, looked up to the heavens, then down and to the right, pursed his lips, nodded his head a little and said. “Yup.”
Then he and his grandson got to work — Fred was to the rescue! He and his grandson and later on his daughter masterfully got the tree off the house, cut up and in a couple of days all limbs and branches and even the sawdust was removed. Fred owns Tree Cutting Unlimited out of Ortonville.
* * *
Inside, water had leaked through some drywall ceilings causing them to fall to the floors, filled some light fixtures and created a mess I need to clean up. The power was finally restored at about 11 p.m. Friday night — not soon enough to save the contents of the fridge.
Dangnabit!
For years, I have always told thems who will listen during inclement weather to “Fill up your bath tub for toilet flushing. Doing this will also make sure the storm doesn’t affect you.”
My buddy Jeff obviously had listened to me. After we were able to look at the damage inside, he looked at me with a twinkle in his eyes and said, “You shoulda’ filled up your tub then this wouldn’t have happened.”
For those who want to see the train wreck that is my house, I will post pictures of the fun online with this column. Send comments to DontRushDon@gmail.com.