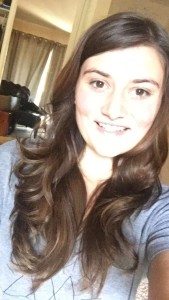 You have heard of global warming, emissions, deforestation, and greenhouse gases, and you have been told that these are all very bad, but do you really understand why, or what they are? Do you know the effect that carbon has in the atmosphere? Do you know why this is a concern right now, yet it was not a concern 200 years ago? Did you know that wetlands have an extreme effect on global warming?
When the sun’s ray reach the Earth, they bounce off, and the Earth radiates the energy back. When bouncing off, these rays are altered from short to long wavelengths, and become infrared rays. Infrared rays are electromagnetic waves that are not visible to humans, yet they can be perceived by us as heat.
Some of these infrared rays escape through the atmosphere, but some are trapped in the atmosphere by greenhouse gases, which causes atmospheric warming.
Carbon is a component in two of the most abundant greenhouse gases, carbon dioxide
(CO2) , and methane (CH4) . Carbon is not the enemy, however. Naturally found carbon is in all living matter, and matter is considered to be organic if it is containing carbon. Yet, when carbon is extracted from these natural sources, it becomes inorganic carbon, like that of CO2.
Contrary to what you may be thinking, greenhouse gases are the not the enemy, either.
Greenhouse gases are a tool that the earth has used for millions of years to maintain a balance, or equilibrium, in the global temperature. When humans alter the carbon cycle, this can cause climate change: the enemy.
The cycle of carbon between the ocean, atmosphere, living tissues, and soil used to occur naturally over a long geologic time scale.
Natural carbon sources include volcanic eruptions, decomposition of organic matter, and respiration.
Natural carbon sinks include oceans, plants, and soil. However, since the industrial revolution, humans have drastically advanced some aspects of the carbon cycle that remove carbon from other reservoirs and put it into the atmosphere and resultantly, into the oceans.
Fossil fuels are rich in carbon, and are being removed from the earth at a rate much, much faster than would occur naturally. Inorganic carbon is being extracted, burned, and released into the atmosphere in unprecedented amounts.
A lesser commonly known site that is rich in carbon is a wetland. Specifically, peatlands in North America and Northern Europe. Peat is a material that is similar to soil, and it contains lots of decomposed, and partially decomposed, organic matter, meaning it contains lots of carbon.
A peatland ecosystem (commonly, a bog) is the most efficient carbon sink on this planet. Sink, rather than reservoir, meaning that it not only stores, but also accumulates carbon.
Carbon sinks work against global warming by keeping some carbon out of the atmosphere, therefore not being able to absorb and reemit long wavelength radiation. Peatlands accumulate CO2, CH4 , and DOC (dissolved organic carbon), because of their ability to slow down decomposition; recall that decomposition is a source of carbon. Organic material requires oxygen to decompose. Peatlands are flooded with stagnant waters, which slows the rate of oxygen exposure, which slows the rate of decomposition.
Unfortunately, humans do significant damage by exploiting peatlands for use in gardens, similar to compost, as well as by burning peat as a fuel source. Peatland is very unique and somewhat rare because it demands very specific conditions, which take a long time to form and are very difficult to restore.
What is even more alarming, however, is that milling a peatland not only destroys a carbon sink, but also creates a carbon source! Past peatlands actually emit carbon into the atmosphere.
Increased global temperatures result in a variety of large changes all over the world, especially with regards to sea level rise. An increase in temperatures, means an increase in polar ice cap melting, which means less area for sun rays to be reflected back out of the atmosphere, and more area for sun rays to be absorbed.
This causes a positive feedback loop, and more heating and melting. Sea level rise has the potential to push many coastal cities underwater that are at, or near, sea level.
The American east coast is at a large risk for this, due to its flood-prone qualities. Climate change is increasing exponentially, and will not slow down until we make huge, worldwide efforts right now.
References: “The Disappearance of Relict Permafrost in Boreal North America: Effects on Peatland Carbon Storage and Fluxes” by Turetsky et al (2007); “Tree Plantation Within the Context of Ecological Restoration of Peatlands: Practical Guide” by Hugron et al (2013); and“Sea Level Rising Fast on U.S. East Coast” by Charles Q. Choi for National Geographic News (2012)
Clara Zeder is a Clarkston High School graduate, class of 2014, now attending the University of California and majoring in Marine Biology. She has been writing op-ed articles for newspapers all over the west coast, and wrote one that also has to do with wetlands in the midwest.