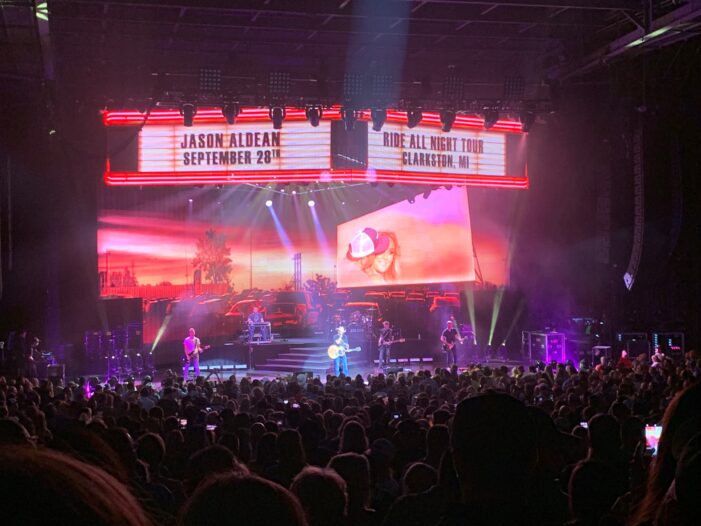 While last week’s announcement that DTE Energy Music Theatre is reverting back to its former name, Pine Knob Music Theatre, many locals never called the venue by its name that it had been known by since January 2001.
The change back to Pine Knob comes with new partners, United Wholesale Mortgage and Trinity Health, and coincides with the venue’s 50th anniversary this summer.
“We are beyond thrilled to welcome United Wholesale Mortgage and Trinity Health as proud partners of Pine Knob Music Theatre,” said 313 Presents President Howard Handler. “These two premier Michigan-based organizations share our passion for providing unparalleled service and understood the importance the Pine Knob brand resonates in our community, and they embraced the opportunity to help bring it back to life in a new and exciting way.
“This is only the beginning as we look to our 50th anniversary and beyond to engage and bring the best in live entertainment and activation to our guests.”
The iconic venue opened its doors on June 25, 1972 with a matinee performance by David Cassidy. At the time of its opening, Pine Knob was the largest amphitheater in the U.S., becoming one of the most active and successful outdoor venues in the country.
Through hosting acts ranging from rock, pop, country and contemporary, Pine Knob became a template for other outdoor venues to follow. It is also the annual site for Clarkston High School’s Commencement ceremony.
For more than 20 years (with the exception of 1995) beginning in 1989, Eddie Money opened the concert season each May. Through 2014, Chicago has appeared at the venue 70 times, more than any other act. Linda Ronstadt also performed there nearly every summer throughout the 1970s, 1980s, and 1990s. Bob Seger has played more than 33 sold-out shows at the amphitheater, including eight in 1977, a record for most performances in one season that was matched by Kid Rock in 2013, then surpassed by Kid Rock again in 2015, with 10 consecutive sold-out shows. Bob Dylan played Pine Knob nine times between 1981 and 2000. Detroit’s own Diana Ross often made it her hometown stop during her summer schedules.
The address of Pine Knob was officially changed in June 2019 from 7774 Sashabaw Road to 33 Bob Seger Drive, to honor the 33 shows he has done at the venue. He played his final show at Pine Knob on June 21, 2019.
United Wholesale Mortgage will have exclusive naming rights to Pine Knob Music Theatre’s UWM West Entrance/Exit, UWM West Parking Lot and UWM West Box Office.
The VIP area of Pine Knob Music Theatre will now be branded as the Trinity Health VIP Entrance/Exit, Trinity Health VIP Parking Lot, Trinity Health VIP Box Office and Trinity Health Ivy Lounge.
313 Presents will incorporate UWM and Trinity Health throughout its updated branding at the venue. 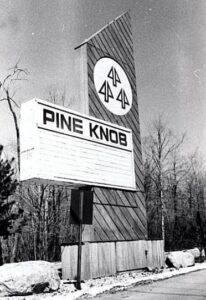 “As a company rooted in Metro Detroit for the last 35 years, we are thrilled to be a proud partner of Pine Knob Music Theatre and look forward to everything we will accomplish together during this historic rebrand, and beyond,” said Sarah DeCiantis, UWM’s chief marketing officer. “At UWM, we make it a priority to stay embedded in our local community and are excited for this opportunity to further promote our award-winning workplace, in addition to educating consumers around the benefits of working with an independent mortgage broker.”
“Like myself, colleagues from across our health system have fond memories of having spent many summer nights with friends and family out at Pine Knob Music Theatre,” added Rob Casalou, president and CEO of Trinity Health Michigan and Trinity Health Southeast Regions. “I congratulate the 313 Presents team on bringing back such an iconic name and look forward to promoting good health and good music together here in our community.”
In 2001, the former Palace Sports & Entertainment, announced a title partnership with DTE. With a dedicated partner on board, that would go on to span 20 years, the venue continued to build its industry recognition and propel to prominence as the world’s best-selling amphitheater in the world.
“We are grateful to DTE for their commitment,” said Handler. “Through their partnership, we were able to provide incredible experiences and memories for our guests that will long remain a part of our venue’s rich history.”
Last week once the announcement was made on the name change, readers commented on The Clarkston News’ Facebook page, with 46 comments and 19 shares as of this past Monday. The vast majority of the comments were that many never stopped calling it Pine Knob.
“What change?” asked Chris Savage. “It’s always been Pine Knob to us locals.”