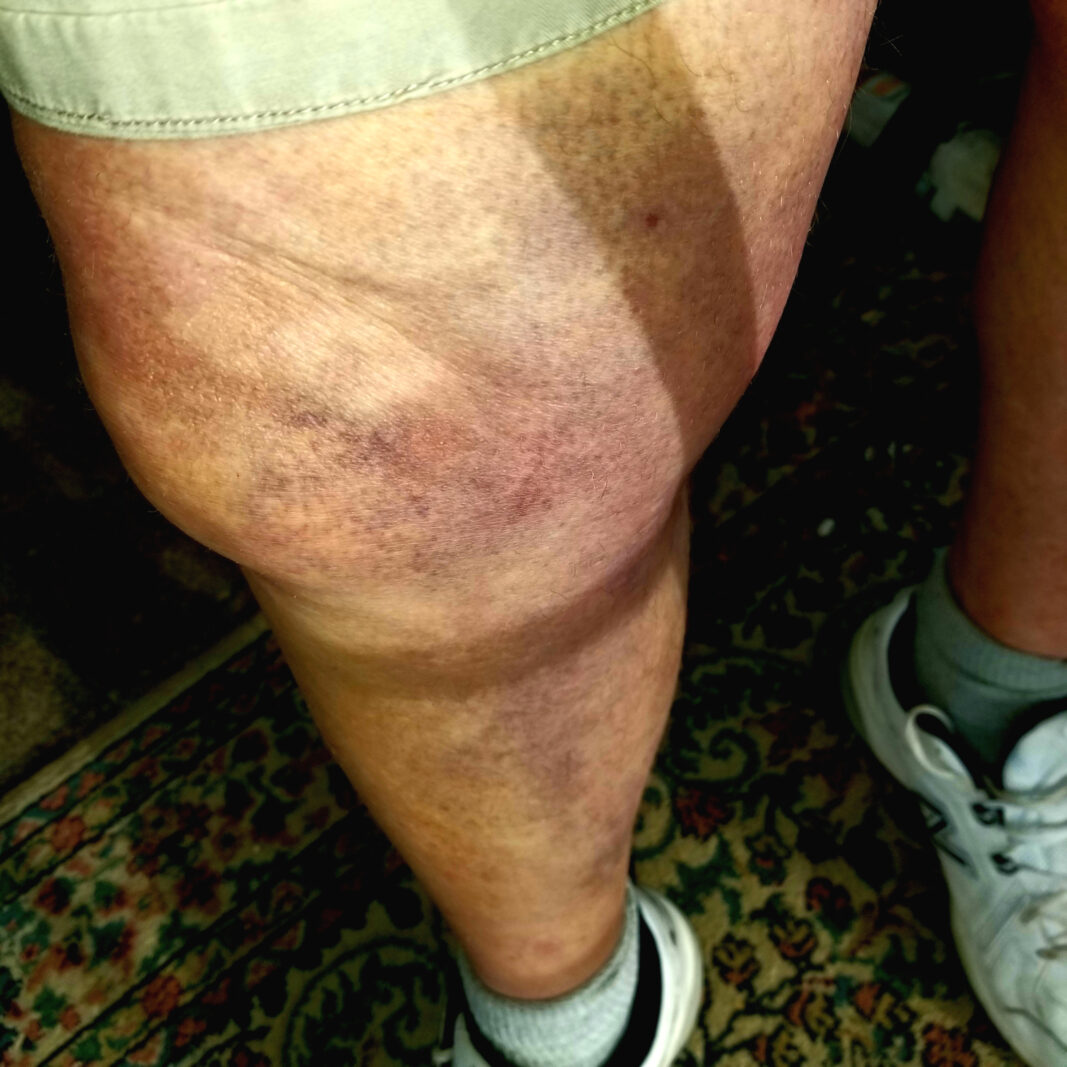 All I can say is, “Bumbles don’t bounce like they used to.” And, will I add, that really kinda sucks.
Whether you know it or not your hero (that would be me) ain’t as young as he once was. There was a time I could jump off tall buildings on run, with knees bent, land on two feet, get up and continued running. (Okay, so it was a regular sized garage about 10 feet up in the air, but they were still thrilling leaps of testosterone-filled logic.)
There was time I could tumble down stairs, tuck and roll, dust off my shirt, shake my noggin’ and keep going.
Sledding and bike riding, up and down gravel hills with wipe outs galore. No helmets. No problem. Dust the little, itty- bitty rocks and dust out of the raw skin on your legs, hop on the bike and peddle home. (I don’t think I ever hit my head that much in all those little recreational accidents, nor in sports. But, if I did, maybe that explains a few things.)
What happened?
I used to be like a rubber ball, get bounced and hit and come back for more. I reckon not any more. I lived to tell a tale another day, but but at what price?
Last Thursday, oh, around 7 p.m., I moved to quickly, turned, leg gave out and Donny went boom boom. Oh yeah, it was a good one. Let’s put it this way, my right leg from the knee down to my calf has nice, purplish bruising. Yup, it’s kinda swollen, too.
That first night I made it to the couch and I only fell down twice, hard to the floor, throughout the night making trips to the powder room. That darned right knee was having no part of moving. But, ever the Donny Sunshine kind of guy, I found my great grandfather’s cane – which was pretty easy as it has been hanging on a door knob next the bathroom door way since about 2005.
The cane really helped.
I laid on the couch all Friday, leg elevated a little and with a bag of frozen mixed berries (strawberries, blue berries and raspberries if you really wanna’ know). I didn’t eat anything. Just drank glasses of water.
On Saturday, I laid on the couch, leg elevated and frozen fruited, but did one more thing: I ordered a pizza and some Pepsi to be delivered to my home. That’s a big deal to me, as I don’t like spending extra money to have things delivered, because yes, I am cheap. But, I did. In my bathrobe and with my cane I was able to go to the door and get my dinner. I had a few pieces, drank a glass of pop, put it in the fridge and went back to laying on the couch. Fifteen minutes of sitting was the most I had done in 48 hours.
On Sunday, (day three of a bum leg) I had a wonderful idea. I got dressed! And, with cane in hand went outside and tried to get into my car and get into the office to make up for the time I missed on Friday.
It was easy to sit down, but in that little car of mine, I could not find a way to get my leg in. See, the thing is I can move it left and right. I can flex my foot and move it all around, lickity-split. I can even make my foot go backwards a little, but I have almost no power to left my leg up.
Anyway, I sat in my car mad as a hornet at not being able what I wanted to do. Thought, and then texted my buddy Scott Seames to take me to a restaurant so I could order food. I was able to get into the passenger side of his pickup truck. At the restaurant I sat for a little over an hour and, let me tell you what sports fans, I could hardly walk when done with my meal (about an hour and 15 minutes later.)
Made it home. Wrote this column (not the one I wanted to write about) and now I am about to lay down on the couch for a while then get up and try to write some more.
I will let you know how the doctor’s trip goes next week. (Yeah, I haven’t been there yet.)
Comments for Don to DontRushDon@gmail.com