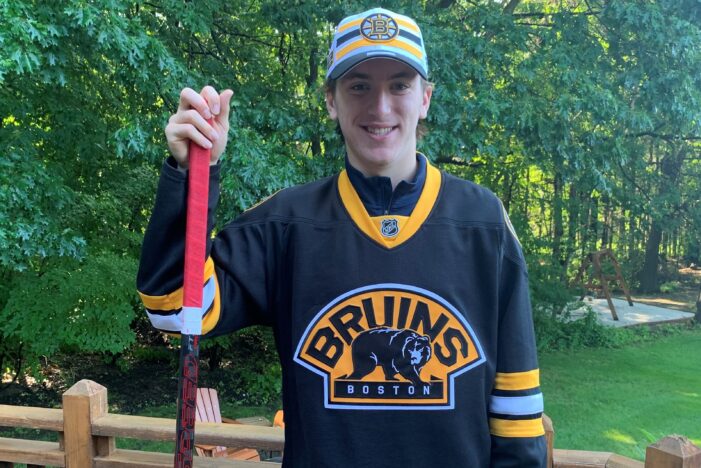 BY MATT MACKINDER Clarkston News Editor Fingernails may be a bit shorter in the Gallagher household these days, but it was all worth it when the Boston Bruins selected Ty Gallagher in the seventh round of the 2021 NHL Draft, which was held virtually last weekend. Mock drafts and rankings had the 18-year-old Clarkston resident […] 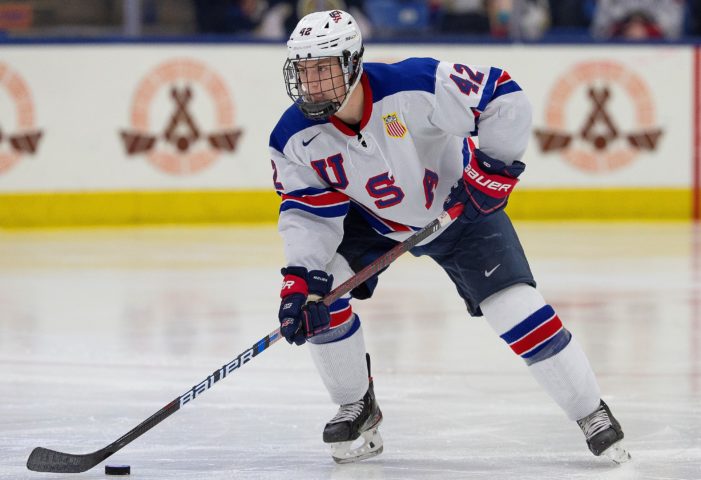 Boston University has received a commitment from defenseman Ty Gallagher, a Clarkston native and 2021 graduate and two-year player for USA Hockey’s NTDP. He started summer classes at BU on July 6. Gallagher is expected to be selected at the 2021 NHL Draft, which will be held virtually July 23-24.

BY WENDI REARDON PRICE Clarkston News Sports Writer The fields were filled with 90 young players having fun and learning during the Clarkston Baseball Camp last week. “It’s going really well,” said Addison Turk, head coach for Clarkston Varsity Baseball, on the third day of camp. “I am very happy with the turnout and seeing […]

BY WENDI REARDON PRICE Clarkston News Sports Writer Players wearing white jerseys cheered as their teammate scored a goal while on the other half of the field two more teams were battling for the next goal during the Clarkston Lacrosse Camps last week. “It’s going good,” said Brian Kaminskas, head coach for Clarkston Boys Varsity […]

The Clarkston Everest Collegiate Girls Varsity Basketball team traveled to Hillsdale College on June 17 for a team camp. “We had a great camp at Hillsdale College,” said Erin Van Wagoner, head coach. “The girls played well and bonded as a team. We were competitive in all four games and had moments that looked very […]